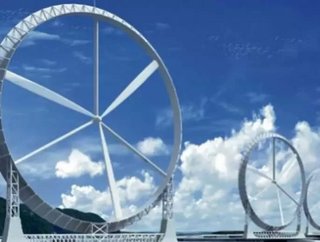 As we head into the new year, Energy Digital will be posting some of best stories from 2011 all week. Happy Holidays to all of our readers! In light...

In light of recent events, Japan has been urged to pay more attention to renewable energy sources. Coincidently, in the same month as one of the world's worst nuclear crises devastated Fukushima, an incredibly innovative wind turbine system revealed itself on Kyushu University's campus for field testing. With a promise to generate two to three times the power of traditional models, the new turbine designs exemplify the potential for a cleaner energy future in Japan and around the world, removed from the dangers of nuclear power plants.

While energy from wind turbines currently accounts for less than one percent of total power generated in Japan, the new breakthrough in design provides ample reason to ramp up production. Called the 'Windlens,' Yuji Ohya, a professor of renewable energy dynamics and applied mechanics, and his team at Kyushu University have created a series of turbines that could make the cost of wind power less than coal and nuclear energy.

The two major concerning issues with traditional turbines have been their general inefficiency and intolerable noise. However, Kyushu's researchers found that attaching an inward curving ring around the perimeter of a turbine's blades increases the focus of airflow faster through the blade zones at two to three times the speed as before. An improvement in safety from covering the outer edges of the blades and a reduction of the dreaded noise pollution of older models is just a bonus.

To take advantage of Japan's coastal wind power potential, the Kyushu team has also designed a hexagonal-shaped base for the turbines that would be low in cost, but still strong enough to endure marine conditions. In addition to overall structural improvement of the traditional turbines, the bases would also make it easier to link other turbines at sea together and enlarge platforms.

“I believe that offshore 'wind lens' turbines will become a reliable source of energy if safety is ensured and the cost is cut to float them stably on vast sea surfaces,” said Prof. YusakuKyozuka on the research team at Kyushu University.

Can others in the industry easily adopt a similar design to make older turbines more efficient?

Although the 'wind lens' appears simple, it consists of complex technological planning and extensive field testing. Poorly engineered models that have failed in the past have left a bad impression on many users and policy makers, hurting the image of the entire industry, according to Chris Takashi Matsuuar, a collaborator working in the UK to promote theWindlens globally.

"Therefore, we will develop a whole turbine system of our own, including not only the lens shroud, but also the blades, generator, controller, etc.," he said. "The best way [to move forward] is to replace old turbines as a whole with our new smart Windlens system."

What is the current stage of testing?

Several types of turbines have been designed with different power ratings and many are still undergoing testing. As of March this year, two units of turbines with a capacity of 70 to 100 KW (blade diameter of 12.8) have been installed on campus at Kyushu University for field testing.

The more widely used, smaller units with a capacity of 3 to 5 KW (blade diameter of 2.5 meters) have been picked up by some industrial users and installed in many locations, including the Gansu Province of China for a desert irrigation project and several coastal areas in Fukuoka City, Japan. The floating Windlens systems have been tested in a water tank at an in-house laboratory at the University, but actual field test installations for the first marine turbines are almost ready and should take place sometime this month, Matsuuar hopes.

However, field tests take time and it could be several months to two years before theWindlens makes a significant impact on Japan's energy system. The good news is the "Windlens has already attracted great expectations globally and will make a huge, real impact for the power generation in not only Japan, but also in the U.K., E.U., U.S., Canada and other parts of the world, as soon as the field test gives good results on the designed performance and safety," said Matsuuar.