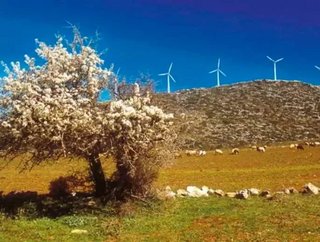 Australian taxpayers will front the bill for what will be the biggest single investment in renewable energy ever. During negotiations of a new carbon...

Australian taxpayers will front the bill for what will be the biggest single investment in renewable energy ever.  During negotiations of a new carbon price and diversion away from renewable energy subsidies, interests groups led by the country’s Greens and rural independents ensured that a significant potion of the investment be made into clean energy projects.  The total $10 billion renewable energy investment will be carried out over a five-year period slated to begin 2013-2014.

The Australian government is forming a new Clean Energy Investment Corporation that will manage the public funds for renewable energy projects that otherwise could not acquire loans through traditional channels like banks.  The corporation will be independently run by a board of directors.

Clean Energy Investment Corporation will make loans or take equity shares in projects with returns on investment being reinvested.  The revenues will be split into two streams to appease both the Greens and Labor parties.  The first will fund only renewable energy projects such as wind, solar and geothermal, while the second will make money available for hybrid vehicle purchase.

The company will also invest in manufacturing businesses that provide parts for renewable energy projects, such as wind turbine and solar cell manufacturers.  However, no funds will be granted for carbon sequestration or clean coal initiatives.

The clean energy corporation will be joined by a new independent agency to direct and manage $3.2 billion in existing government grants for renewables and biofuels, including the large-scale solar flagships program. Known as ARENA, the agency will also get future funds through dividends paid by the clean energy corporation and a potential share of revenue from the carbon price via any reduction in compensation for trade-exposed industries after 2014-15.

The Australian government believes that upward of $20 billion will be spent on renewable energy projects in Australia in the next decade, and $100 billion by 2050.