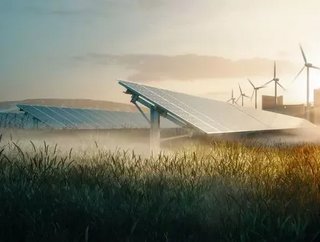 The company is able to produce hydrogen fuel cells using global existing manufacturing processes. This is something that hasn’t been achieved by any company in the world at this stage.

The company has said that the fuel cells can be manufactured in the majority of printed circuit board (PCB) factories and manufacturing facilities around the world which enables fast-tracked production and scalability.

The £5mn funding was led by BGF followed by a number of existing investors including IP Group, Parkwalk Advisors, and UCL Technology Fund.

BGF’s George Mills said: "Bramble has created a world-first in the production of hydrogen fuel cells, with the potential to transform a global and growing market”

He then went on to say: "Critically, Bramble has inherent scale-up potential with fuel cells that can be made in PCB factories around the world. As the UK advances towards its greener future, the cleantech industry is one of increasing interest to BGF, with our capital and financial firepower designed to help accelerate growth and provide long-term partnerships."

The company was founded just four years ago and was created from a spinout from UCL and Imperial College London. It was founded by Professor Dan Brett, Professor Anthony Kucernak and CEO Dr. Tom Mason.

Thanks to the funding, Bramble Energy will be able to launch its planned portable power product range which varies from 20W units to 60 and 100-watt versions. These have been designed as replacements for diesel generator technologies and have been designed as a zero-emissions alternative.

Tom Mason said: "This is a hugely exciting time for Bramble Energy, with many eyes focused on the UK's leadership role in the transition to a greener economy”.

"We are solving some of the greatest barriers to the adoption of fuel cells - through our ground-breaking manufacturing route, scale-up potential and low-cost production. BGF understands our mission, culture and technical capabilities. We are pleased to have them on board, backing our growth and expansion at a critical juncture for the business."

Hydrogen is set to play a major part in the decarbonisation process of worldwide energy production and usage, and Bramble Energy is set to be a driving force for this.