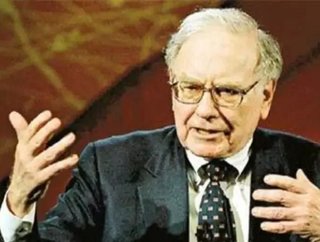 World-famous investor Warren Buffett is making major headlines after purchasing one of the largest solar installations in the world. MidAmerican Energ...

Approximately 20 percent of MidAmerican's capacity already comes from wind power and other renewables, but the additional capacity from the Topaz project will bring the company well above the required renewable energy portfolio of utilities to come.

Buffett's move is a great sign for the solar market, making up for the mass press surrounding the collapse of the solar manufacturer Solyndra earlier this year.

"The fact that Topaz was financed without a DOE loan guarantee is a major milestone in the industry's maturity and evolution," Frank DeRosa, First Solar's senior vice president of project and business development for the Americas, told Bloomberg.

The financial details of the transaction have not been released to the public, but many estimates place it around $2 billion. Shares of First Solar immediately rose 12.5 percent on the Nasdaq last Wednesday when the news was first announced.

The project will have the capacity to provide power to about 16,000 homes in California, according to a statement from MidAmerican Energy.

The deal "demonstrates that solar energy is a commercially viable technology without the support of governmental loan guarantees," Greg Abel, chairman, president and CEO of MidAmerican, said in the statement.