Butte College Goes 'Off The Grid' 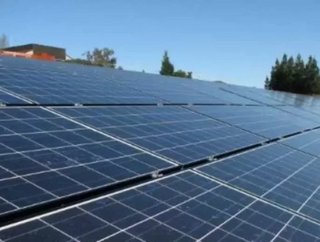 Butte College can now add another achievement to its already lofty list. Not only is this college famously known for being the catalyst that launched G...

Butte College can now add another achievement to its already lofty list. Not only is this college famously known for being the catalyst that launched Green Bay quarterback Aaron Rodger’s career, as well as former NFL great Larry Allen’s, it is now the first college in the history of the United States to go completely ‘grid positive.’

Butte College can now generate more electricity from its 25,000 solar panel arrays than it can consume. These 25,000 solar panels will generate more than 6.5 million kilowatt hours per year – enough to power 941 average-sized homes or 615 passenger cars. This college will give back the energy it doesn’t use to the grid, making it completely ‘grid positive.’

"That's a good thing for us," Butte College president Dr. Diana Van Der Ploeg explains, according to News10. "It helps us be a little more entrepreneurial and make more money for the college."

This achievement means big things for Butte College. Going ‘off the grid’ will reduce the college’s carbon emissions, lower its utility bills and serve as a resource for training workers for jobs in the energy efficiency and renewable energy sectors, says News10.

It's estimated that the college will have big savings throughout the next 15 years, it's expected to cut between $50 and $75 million, even after project costs.

"I applaud Butte College for reaching this impressive milestone,” says California Lt. Gov. Gavin Newsom, according to News10. “After years of work to install thousands of solar panels on campus, Butte College has become the first in the country to generate all of its electricity, and then some, from renewable energy.”