California is its Own Country in Solar Power 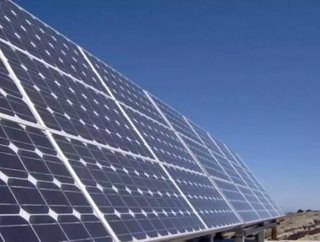 California has hit a major solar energy milestone with 1 gigawatt of solar installations on rooftops throughout the state, according to Environment Ca...

California has hit a major solar energy milestone with 1 gigawatt of solar installations on rooftops throughout the state, according to Environment California's latest report. The only five countries that have hit the 1 gigawatt mark are Germany, Spain, Japan, Italy and the Czech Republic.

One gigawatt, about the size of two coal power plants, is enough to power 750,000 homes. The cumulative tally of solar systems in California includes panels installed on homes and commercial buildings as well as solar connections to the electric grid under large utilities like PG&E.

How did they do it? The California Solar Initiative played an important role, creating an aggressive program that encouraged homeowners, businesses, governments and organizations to add solar installations to their buildings. It also provided $3 billion in incentives for the renewable energy projects. The price drops in solar also helped the industry grow, despite the state's weak economy.

"Of the total 1,000 megawatts of rooftop solar installed statewide, a record 205 megawatts was installed in 2011 alone," Michael Peevey, president of the California Public Utilities Commission, said in a statement.

According to the state's solar initiative, 3 gigawatts of solar energy should be installed by the end of 2016.

“This report really shows that investing in these solar programs works,” said Michelle Kinman, a clean-energy advocate at Environment California and one of the report’s authors. “It’s not only the fact that we’re on pace to achieve the 3,000 megawatts. There’s also the benefits of the creation of green jobs and the strengthening of the solar industry in the state, not to mention the benefits of clean energy and clean air.”