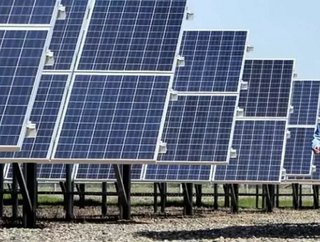 Solar Power Generation 2012 continues with a talk from Timothy Alan Simon, Commissioner of the California Public Utilities Commission (CPUC). Here are some of the highlights:

Utility & consumer views: What is acceptable to pay for power in a realistic US electricity market?

California has a strong economic impact on the rest of the country, especially when it comes to setting renewable portfolio standards. That's why it's often referred to as “the largest rodent in the fight for renewable cheese in the west,” says Simon. “That's the kind of impact we have.”

Despite the topic at hand, Simon says that he is not at liberty to say what the appropriate price is to pay for renewable energy with the state of the market being in such a flux.

The California renewable energy portfolio standard was established in 2002, but it accelerated in 2006 and has since expanded to the current interpretation of achieving 33 percent, increasing the state's renewable energy goals statutorily. Currently, California is at about 17 percent with hopes of reaching 25 percent by 2016 and 33 percent 2020. So, “achieving 50 percent in the near future is no longer an outlandish objective,” says Simon.

California's RPS goals are of the most ambitious in the country, considering the load factor of the state. The CPUC and California Energy Commission are responsible for implementing that program, keeping in mind the what ratepayers can afford and what the economy can handle.

At what cost to ratepayers?

For a while, legislation had been driving the market more than actual demand and the RPS process has created a challenge for the commission. By the time projects arrive in front of the commission, it's likely that there has already been a dramatic change in the marketplace. And even if there are lower bids to choose from, the commission has a responsibility to choose the projects that offer the most long term viability.

“It's not uncommon to vote for higher priced projects, because there's a belief that there is a greater viability to them,” explains Simon. "But we will often gets tons of criticism from ratepayers for not keeping costs as low as possible."

Looking to Italy as a model for a successful distributed renewable generation system, Simon notes that they also have the highest prices for electricity in the E.U. “That concerns me in terms of the impact it could have on ratepayers in California as well as on the state's overall economy,” says Simon.

Competition: the good and the bad

The 2011 RPS solicitation process came to a close in August, and was by far the most robust RPS process seen in California. Over 1,100 unique renewable energy projects were submitted, representing 283,000 GW hours a year of forecasted generation and 91,000 MW of forecasted capacity. The total forecasted annual generation from all the unique bids represented over 4.5 times the total demand for the entire RPS program in California needed to achieve a 33 percent renewable energy standard by 2020. “In other words, we're oversubscribed,” says Simon.

All that competition is good news for ratepayers, although a huge part of the cause has been driven by lower prices of solar PV, which have negative global implications. Some suggest turning a blind eye to those implications in order to achieve lower carbon emissions goals.

“That's short sighted,” says Simon. “The technology should be able to compete on a levelized playing field in terms of whatever subsidies are required to launch any new technologies, but when those subsidies result in job losses, then we need to balance those equities to find out how we can better stimulate job growth.”

Regardless, it will be up to the CPUC to maintain prices and choose the most viable projects—a difficult task at hand.

A huge factor in achieving aggressive renewable energy goals, while staying in line with global competition, will be exploiting the vast resource of shale gas in the US.

“President Obama's references to shale and the need to develop policies to enable leverage of this enormous game-changing energy resource are monumental,” says Simon. “In light of the strong push for more renewables, natural gas—which falls below our low carbon fuel standard in California—is going to play a critical role.”

Until the market plays out and battery storage reaches utility-scale or solar technologies, “natural gas will act as a kissing cousin of renewables,” says Simon. As many states switch from coal to natural gas as part of their greenhouse gas reduction policies, it is a growing concern if California will be able to keep up with its ambitious renewable goals without exploring shale as aggressively.

The CPUC says they are working diligently to cease the opportunity of renewable energy effectively, but Simon suggest that in order to achieve that, “we're going to have to put more pressure on streamlining the permitting process... to continue to advance this robust market.”

More discussion on the challenges the market faces as Energy Digital continues to cover the event this week...