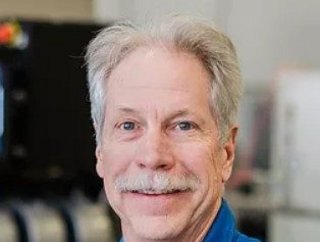 Dave Edlund, co-founder and CEO of Element 1, discusses hydrogen’s important role in the transition to cleaner energy and crucial role of technology

The industrial world is shifting, with recent projects suggesting that renewables will account for almost 70% of the world’s energy mix by 2040 (ING). One of the major challenges to reaching that goal is decarbonising the actual process of energy production. This is driven by an industrial and regulatory focus on the environment, sustainability, and generating cleaner energy.

Yet, this focus brings with it not only pressure, but also an opportunity. Where the infrastructure allows, changes can be made today, but the large-scale changes of the future require huge investment, new technologies, the right incentives, and commitment across the globe from a broad spectrum of parties.

Hydrogen deserves a seat at the table when it comes to tackling the challenges of today’s demand and generating cleaner energy and renewable power in the future.

Grid-independent hydrogen generation can have an immediate impact for energy operators. As more large extraction and production companies start reporting on their emissions – and as more companies within the hydrocarbon industry set out ambitious emissions reduction targets – priorities have shifted. Reducing emissions associated with the extraction of hydrocarbons is now high on the industry’s agenda.

For some projects, this has proven to be a difficult task. It is not practical to connect offshore or remote infrastructure to the grid, and traditional renewable solutions can be too unreliable or expensive to be used as a stand-alone solution. This means that, at the moment, diesel generators are usually the primary power source for these projects.

This problem can be solved by transporting and storing high-energy-density methanol, to be converted to hydrogen via a low-cost containerised solution. When feeding a hydrogen fuel cell or hydrogen-combustion engine, this process can deliver net-zero energy production – and help drive net-zero operations.

Containerised solutions have an additional benefit over other renewable infrastructure: flexibility. Hydrogen generation capacity can be scaled based on demand or shifted to different areas at the end of a project’s lifespan.

A green energy future underpinned by hydrogen and technology

Decarbonisation is not only set to shift focus to renewables, but also to dramatically change energy demands. One of the more impactful of these shifts can be seen in logistics, with current plans targeting rapid Battery Electric Vehicle (BEV) adoption for both personal and commercial vehicles. Indeed, some long-term goals, such as President Biden’s proposed building of 500,000 new charging stations for BEVs, can simply not be delivered with current infrastructure.

This is by no means the only way in which energy demand is set to change. However, it is emblematic of the future shift from energy generated by off-grid engines and generators to energy stored from the grid.

There is currently not enough green energy on earth to meet these demands. Of greater concern, even if there were, these demands would far exceed the capacity of current grid infrastructure – meaning that, even when enough energy is produced, it would not be possible to transfer that quantity of electricity from power plant to socket.

Off-grid hydrogen generation will play an important role in realising these plans, building new and flexible infrastructure that allows current systems to cope. By connecting hydrogen to fuel cells and hydrogen-combustion engines directly and efficiently, localised power generation can complement the grid – helping to power BEV charging stations without overloading the grid.

Methanol-based hydrogen generation has been a known chemical process for decades. However, Element 1’s pioneering purification technology has made this process a fast and commercially viable way for energy companies to reduce their emissions today – and to enable future zero-carbon economies.

Element 1 achieves this through a patented membrane module, which is roughly the size of a tissue box. This can currently produce 250kWh of hydrogen per day. Multiple membrane modules are combined to scale to even higher flow rates of purifier hydrogen. These purifiers have been tested up to 7,000 hours of operation time to date, without any indication of failure mechanisms at play.

Together, this means that full-service hydrogen-generation can fit into a moveable shipping container – and be expanded as and when required to meet demands.

In effect, this makes it a like-for-like replacement for current generators, and has the power to make tangible, scalable changes today.

Dave Edlund is Co-founder and CEO of Element 1, which specialises in high-purity, on-demand hydrogen generation technology