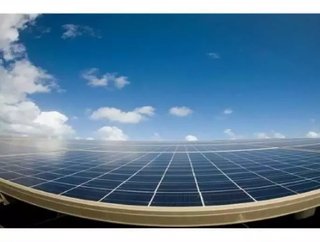 Historically, the US has been a big player in terms of the global solar industry. From 2005-2011, the US market oscillated somewhere between 5-7 perce...

Historically, the US has been a big player in terms of the global solar industry. From 2005-2011, the US market oscillated somewhere between 5-7 percent of global installation in any given year. Solar installations in the country doubled in 2010 and came close to doubling again in 2011. But what was really happening is that the US market was growing in tandem with the global market at basically the same pace in any given year. As a result, the US always stood in 3rd, 4th or 5th place—behind Germany or sometimes Italy, Spain, Japan or China (more recently).

The US market has been interesting from a certain perspective, but it certainly hasn't been driving the global market. We're now heading into a position where that can change relatively quickly. Although 2012 did not see the same growth as the past couple of years, there's an expectation that the European markets will be shrinking, while China, India, the US and others keep growing. So while we can expect the global market to slow down a bit, the US market, in contrast, is just getting started.

When will the US head the solar market?

“In a tariff-imposed post-1603 world, we can't expect to see monumental growth the same as we have in the past,” says Shayle Kann, Managing Director of Solar Research at GTM Research. “However, 50-75 percent growth is entirely likely—meaning the US market will grow faster than the global market, and thus, gain more shares... Our assessment [at GTM Research] is come 2015 or 2016, the US will either be in 1st or 2nd place, depending on what happens with China.”

Two years ago, many solar power companies started turning their eye towards the US for new opportunities, and started realizing the US market is a lot different than the Italian or German markets when they were booming. “The US market is a different beast,” says Kann. It's driven entirely separately in 50 different states in three different market segments in 3,000 utility territories. “The US is complicated—especially financing, because we have tax equity here which doesn't exist anywhere else. It's not easy to play here,” he says.

Additionally, the last five months in the US solar market have been the most tumultuous we've ever seen. There were six major acquisitions each year over the last three years, and that won't slow down anytime soon. Half of the developers we see today won't be around in their current form in two more years.

“We are in a new world now, and need to figure out how to deal with it,” says Kann.

Where do we stand now?

As far as PV and CPV goes, there are just over 1 GW of projects operating in total, but over 9 GW of projects currently have PPAs signed by utilities throughout the US that have not yet been completed. The vast majority of those are expected to be completed in the next four years and about 3 GW of those projects are currently under construction. Another 6 GW are waiting to get financed. These numbers, however, exclude any other projects that will get PPAs signed over the next few years. Some 32 GW worth of projects are still seeking permits, PPAs and financing.

Nonetheless, the pipeline in the US is gigantic and that's why there is so much interest in its market. There's so much potential, considering that only 1 GW has been installed.

Though it may not seem like a lot, the US has actually come a long way. In 2009, there were only two projects in the US over 10 MW; in 2010, there were 8; and in 2011, there were 24. Although it's a crowded market, the US is successfully completing and financing projects and more are expected in the coming year.

“Basically, what we've done in the US to date is install one big solar plant worth of solar power,” says Kann. “That means that we have a long way to go before solar is a meaningful proportion of the electricity portfolio in the US—it also means that the market potential is virtually limitless by current standards.”

In the Public Eye: Solyndra as an opportunity

Without a doubt, solar is suddenly very much in the public eye and all over the media, which is both a curse and a blessing. People are interested and it's an exciting new market, which helps bring along financing. However, when a Solyndra pops up, the whole industry looks bad.

“Solyndra isn't going away and that's something we have to acknowledge,” warns Kann. Some of the first ads for the general election—on both sides of the Obama administration—have related either directly or indirectly to Solyndra, and will continue to be a contentious topic in the political sphere.

But despite the fact that Solyndra looked bad, the solar industry is booming in the US. In terms of solar installations alone, the US grew over 100 percent in 2010, around 90 percent in 2011 and is expected to grow another 50-75 percent this year, depending on what happens with the import tariff with China and 1603. “This is an opportunity for us to prove that solar will scale up over the next few years, as it's certainly a technology that's not going anywhere,” says Kann.

Expect to start seeing enormous growth in the pipeline that's been financed for utility-scale solar power. Though 50-75 percent growth is projected for overall installations, the utility market will grow by a minimum of 100 percent. That will also belie the turmoil occurring underneath in regards to developers trying to figure out how they can get these pipelines in place, build them out, deal with financing, tax equities, etc.