Carbon taxes and meeting the challenges of decarbonisation 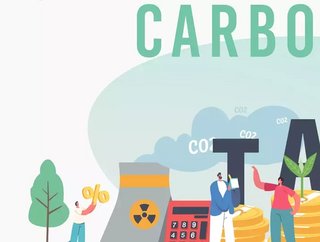 Whether or not carbon taxes are tackled by G7 leaders this weekend, it's a topic they can no longer ignore

Governments are now waking up to climate change and embracing the renewables agenda and combined with investment in the private sector, there is a tangible sense of change.

Time constraints mean they will probably dodge the nitty gritty of paying for decarbonisation. But at some juncture, possibly in Glasgow at COP26, words will need to translate into actions.

The main issue with carbon taxes presently is establishing prices and implementing a cross-border system which is equitable and feasible. About 40 countries, covering about one quarter of the world’s greenhouse gas emissions, currently have some form of carbon pricing.

The EU is considering the introduction of a Carbon Border Adjustment Mechanism (CBAM) no later than 2023. As noted in a release, the European Parliament in March passed a resolution to support the introduction of a CBAM to impose a carbon price on imports of certain goods from “less climate-ambitious countries”. The next step would be for the European Commission to present a detailed proposal, for consideration this month.

Four options are currently on the table:

The UK Government, as outlined in The future of UK carbon pricing, intends to establish a UK Emissions Trading System with Phase I running from 2021- 2030, which could operate as either a linked or standalone system. The IMF is urging the world's largest emitters to adopt carbon price floors to ensure more substantial climate change mitigation.

But time is of the essence. Some cities are now taking matters into their own hands, such as New York State Senate. Australia is considering a different approach - and pitching to reward countries and commodities with low carbon emissions through reduced tariffs.

The Marshall Islands and the Solomon Islands have put forward a proposal to establish a universal, mandatory GHG levy with an entry price of $100 per tonne/CO2e with regular upward ratchets following review. The industry needs a solution to carbon fuels quickly - Trafigura and Yara International recently announced they exploring clean ammonia (click here).

Carbon credits are gaining favour as they allow companies to compensate for their  emissions (click here for more details).

Perhaps surprisingly, a carbon levy would be "popular" with UK consumers according to a recent poll. But taxes alone won't solve the challenges.

Long-term decarbonisation efforts in both transportation and fossil fuels will require significant technological breakthroughs - such as alternative fuels, electrification of heavy-duty vehicles and commercial aviation, carbon-capture-and-storage technologies - as well as a commitment to execution, writes McKinsey.

Decarbonisation promises to be a long and winding road but the Cornwall G7 may mark another important marker on the journey.