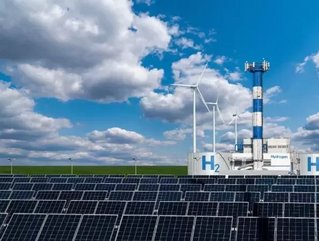 Chile is looking to establish a hydrogen export corridor to Europe as it aims to be the most competitive renewable energy exporter by 2030.

Representatives from European companies including Engie, Total, Enel, Siemens, RWE, Austria Energy, Linde and Statkraft, alongside leading Chilean suppliers, are to spend five days with a delegation headed by the Port of Rotterdam and visit major pilot projects in the north and south of the South American country.

H2 Mission, organised by the Chilean Ministry of Energy and the Port of Rotterdam with support from the Dutch and Chilean embassies and ProChile, is a valuable opportunity to build synergies and design solutions centring on the green hydrogen supply chain between Chile and Europe. Issues addressed will include certification, regulations, trade, technologies, human capital and infrastructure development.

The Netherlands and Chile have been working together to create a corridor to export hydrogen generated from renewable energy in Chile and distribute it efficiently throughout Europe via Rotterdam.

To develop this export potential, Chile launched its National Green Hydrogen Strategy in 2020. The strategy is a roadmap to becoming the global leader in hydrogen production by electrolysis and producing the world's cheapest green hydrogen, coming in at under US$1.5 per kg H2.

The Port of Rotterdam, Europe's largest industrial complex and the gateway for around 13% of total energy used in Europe, is one of the drivers of the Dutch National Hydrogen Strategy. The aim is to maintain the country's logistics leadership and position it as the main European platform for importing low-carbon fuels.

“To achieve our goal of becoming a renewable energy exporter, we need to create entirely new production, storage and transport infrastructure to get the most from Chile's natural assets," said Marcelo Villagrán, ProChile Director in The Netherlands and in charge of Hydrogen for Europe.

“Developing this new industry is a major challenge and needs significant industrial investment and technological developments. It is vital that we work hand in hand with European actors, so we can attract investors and developers as well as ensure compliance with the standards and certifications needed for the future export of green hydrogen and its derivatives.”

Monica Swanson, Senior Business Manager, International Hydrogen, the Port of Rotterdam, said the Dutch National Hydrogen Strategy covers imports, which is why it is developing the infrastructure needed to receive and distribute clean energies throughout Europe.

"But we also want to team up with the sector’s main actors and build partnerships to promote production-focused projects that support our future suppliers," she said.

"Chile is a country with huge potential, especially in the production of green hydrogen and derivatives such as green ammonia, methanol and synthetic fuels. We are convinced that the country can become a key supplier of the energy sources of the future, capable of satisfying a substantial part anticipated demand in the Netherlands and other European countries."

As of last summer, Chile had 60 green hydrogen projects in its portfolio, at different development stages, mainly located in Antofagasta, Valparaiso, Biobío and Magallanes.

"Chile is currently in a favourable position regarding developing green hydrogen ⁠- which is a key element of achieving the aforementioned transition ⁠- as well as complying with the international commitments related to climate change," concluded a Baker McKenzie column.