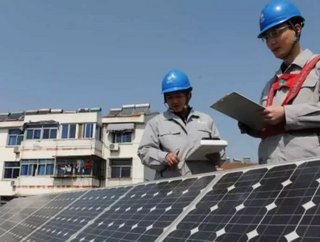 China is leading the world in just about everything these days, and renewable energy is no exception. The country intends to one up itself over the ne...

China is looking to renewables to provide 9.5 percent of its energy needs by 2015 according to the Plan.  In 2009, the country’s investment in renewable energy reached $35 billion, and by 2010 China had surpassed the United States in installed renewable energy capacity.

The Plan seeks to expand wind power throughout China from 13.9 GW to 100 GW.  However, the country already has more wind farms than transmission capacity, so investment in power lines will have to expand as well to reach such an audacious goal.  This is especially true considering that the bulk of China’s power generation comes from the west, while the majority of its population resides in the east and south.

Giant Pandas may be Key to Cellulosic Biofuel

Hydroelectric power will increase from 210 GW to 290 GW.  The country, for the first time, also set targets for geothermal, tidal and ocean energies.

China currently has 700 MW of installed solar power, and is looking to reach 10 GW come 2015.  Looking to 2020, the country plans to have 50 GW installed.  China is encouraging smaller-scale distributed solar projects to be developed in more populated regions.  This supports the entrance of small and medium businesses into the solar power market, since the large state-owned enterprises tend to shy away from small-scale projects.

Last month China announced plans to introduce a national solar feed-in tariff.  Analysts expect the decision to make China not only the world’s top manufacturer of solar panels, but also the top buyer.