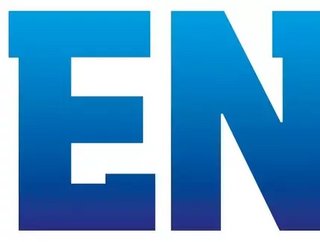 China's government recently announced a set of goals to reduce greenhouse gas emissions by 8 percent by 2015 in a blueprint expected to cost 3.4 t...

China's government recently announced a set of goals to reduce greenhouse gas emissions by 8 percent by 2015 in a blueprint expected to cost 3.4 trillion yuan ($536 billion). The plan will include raising the ration of non-fossil fuels as part of total energy use, lowering the ratio of coal and adding 42 million tons of daily sewage treatment capacity in the next three years.

The government's announcement comes amid growing public frustration regarding the country's deteriorating quality of air, soil and water supplies from the past 30 years of rapid economic growth and pollution. Millions of Chinese have vented online over raising health fears and cancelled flights due to the thick smog blanketing Beijing in the last month. Additional angst has grown over the government's falsely published data, showing that air quality is only slightly polluted while the smog remains visible and the US embassy's data ranks it as extremely unhealthy.

While companies and local authorities will mostly be expected to fund the investments, the government will provide support “depending on different circumstances,” it said in a statement on its website.

As part of a plan to move the world's largest energy using and polluting country toward a more energy independent, cleaner state, President Hu Jinatao has pledged to bolster sustainable economic growth.

“Boosting environmental protection is an important step in China’s move to shift its growth model,” said Wang Jun, a researcher with the government-backed China Center for International Economic Exchanges in Beijing, to Bloomberg. “Excessive infrastructure investment over the past years has been a key factor fueling China’s high inflation and also added to financial risks.”

According to the listed projects in achieving the mandatory emission reduction targets, China will build at least 1,184 new sewage treatment plants with a daily capacity of treating 45.7 million tonnes of sewage, and equip thermal power plants with a total generating capacity of 400 million kW. Annual performance evaluations will be conducted by the central government to ensure goals are met. Underachievers will be held accountable, according to the State Council.