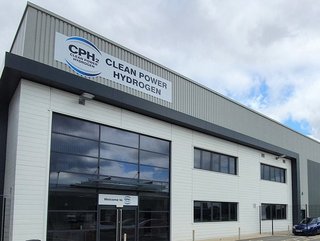 CPH2, the UK-based green hydrogen technology and manufacturing company that has developed the IP-protected Membrane-Free Electrolyser (MFE), has signed its first licence agreement with GHFG for the construction of 2GW of MFE electrolysers over a period of up to 20 years.

Under the licence agreement, GHFB will produce the CPH2 MFE electrolysers at a new facility in Ireland and plans to start production during 2023. Each electrolyser produced by GHFG under this agreement will be installed alongside and powered from solar energy projects owned and operated by Alternus.

Doncaster-based CPH2 will receive an upfront licence fee, and thereafter, a technology fee per unit, followed by service and maintenance licences during the unit’s life. The upfront licence fee is expected to be received in full by the end of the current financial year and to be recognised as revenue over the life of the contract.

The technology combines MFE with cryogenic separation to deliver pure hydrogen and pure oxygen as separate gases, which CPH2 believes is safe, sustainable and scalable.

The licensing of the CPH2 proprietary technology offers the company the potential to significantly increase revenue in the short term without the need for additional capital expenditure.

Given the business model’s potential low cost and short lead time, the directors believe it is an ideal opportunity to establish market share and improve market penetration on a global basis by using the high margin, low capex licencing strategy to fund further R&D.

CPH2 has a 2030 production target of 4GW per year, with 1GW made at its own facility and the rest manufactured under license by other companies including GHFG. Through the license, GHFG has access to CPH2’s innovative MFE technology whilst having the flexibility to oversee its own production and delivery schedules.

Jon Duffy, CEO of CPH2, said CPH2’s vision and values are closely aligned with its new partners, Alternus and Soleirtricity.

"A core component of our business model is licensing out production to other companies, whilst also producing a certain number of units ourselves," he said.

"Our licensing model will help facilitate our growth strategy and accelerate market penetration to scale the business globally by providing a long-term revenue stream for CPH2, without the need for major upfront capex.”

Eric Whelan, CEO of GHFG, said Soleirtricity has a long-standing successful relationship with Alternus which has focused on the solar industry to date.

Through this joint venture, GHFG will be responsible for the production of electrolysers to match the deployment of new Alternus solar projects where the addition of green hydrogen generation makes sense.

"It will also provide more direct control over the supply chain," he said.

"Green hydrogen installations will allow Alternus to diversify into additional revenue streams from its growing market penetration in key markets across Europe and beyond. It will also best exploit entry to another large and critical market in clean energy."

Energy produced from the Alternus solar assets will be optimised to produce 100% green hydrogen, which is a critical component in the decarbonisation of transport and heavy industry.

Browne Jacobson partner Nick Smee, who advised CPH2 on the deal, said it represents "a fantastic opportunity" for both parties.

"Licensing its proprietary IP will secure revenue for CPH2 for further R&D and enable market penetration of its innovative MFE technology around the world," he said.

"It will be exciting to see the technology deployed at Alternus’s solar sites, supporting its future aspirations to become a leading IPP and its ambitious growth strategy to own and operate over 3.5 gigawatts of solar parks by the end of 2025.

“This transaction is also another great reflection of our growing credentials in hydrogen and cleantech, and reinforces our own firm commitments in continuing to help drive the net zero agenda forward by working with businesses making real changes for a cleaner more energy efficient future.”

Yesterday EPRO Advance Technology heralded a breakthrough in green hydrogen energy generation and energy storage with its porous silicon material (Si+) and Johnson Matthey announced it is building a £80mn gigafactory at its existing site in Royston, UK, to scale up the manufacture of hydrogen fuel cell components (click here).