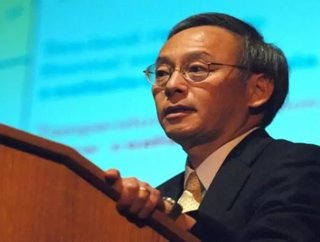 The U.S. Department of Energy has offered a conditional $150 million loan to 1366 Technologies&mdash;a Massachusetts company looking for a cheaper way...

The U.S. Department of Energy has offered a conditional $150 million loan to 1366 Technologies—a Massachusetts company looking for a cheaper way to produce silicon wafers for solar panels.

1366 will receive the funds over time, depending on its progress and completion of financial and legal documentation.

“This project is a game-changer that could dramatically lower the cost of photovoltaic solar cells. It is exactly the kind of innovation that puts America at the forefront of the global clean energy race,” said Department of Energy Secretary Steven Chu. “As global demand for solar cells increases, this kind of technology will help the U.S. increase its market share and be more competitive with other countries such as China, which currently accounts for 60 percent of the world supply of multicrystalline wafers.”

1366’s method of wafer manufacturing by individually forming them from a pool of molten silicon, then freezing them is 50 percent cheaper than the current method, which cuts the wafers from chunks of silicon with wires.

The company says its process can reduce the price of solar electricity to about 4 cents per kilowatt hour by 2020.

By 2013, 1366 plans to open a small manufacturing plant in its home base of Lexington, Massachusetts, and a larger facility in an undetermined location by 2016.

In the past, 1366 has received two other Department of Energy grants worth a combined $7 million.

“As governments around the world push the commercial development of renewable energy and carbon-reducing technologies, the DOE loan guarantee program is critical to keeping U.S. manufacturing competitive and thriving,” said 1366 CEO Frank van Mierlo. “With this loan, 1366 will realize its goal to make solar energy as cheap as coal while helping the U.S. to reclaim a key part of the silicon supply chain and restore the nation’s dominance in photovoltaics.”