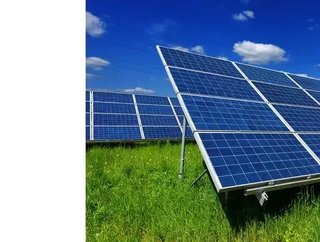 Planning consent has been given for EDF Renewables’ (EDF R) Sutton Bridge solar farm, the company's first large-scale solar project in the UK. Construction will start later this year with a scheduled completion in 2022.

South Holland District Council, in Lincolnshire, has given permission for the project to go ahead after a period of local consultation.

The 49.9MW solar farm will be capable of generating enough low carbon renewables electricity for the domestic needs of 16,100 households annually, based on average consumption, saving around 21,000 tonnes of CO2 emissions each year.

EDF Renewables Head of Solar, Ben Fawcett said Sutton Bridge is a great site for solar as it catches the sun and offers a nearby grid connection.

"Sutton Bridge is at the forefront of several solar projects we have planned in the UK. Our renewables projects will enable us to contribute to the UK’s green economic recovery from COVID-19 and help the country accelerate to a net zero future," he said.

"We also want to discuss with local people the implementation of the community fund which will have a value of  £10,000 every year once the project is up and running," he added.

Through additional planting, including native species hedgerows we will encourage biodiversity as well as reduce any visual impact of the development.

The capacity for phase two has still to be finalised but the current consent for BOD wind farm is for a maximum of 99.9MW, leaving a remaining capacity of 58.4MW.