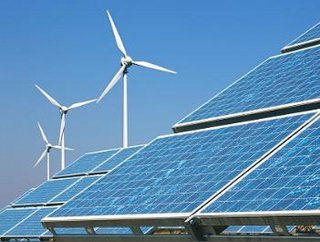 Package of new, targeted financing is expected to mobilise up to €115bn of new investment by 2027, contributing to ending energy dependency on Russia

The European Investment Bank Group (EIB Group) has said that it will support the REPowerEU Plan with an additional €30bn in loans and equity financing over the next five years.

EIB Group – consisting of the European Investment Bank and European Investment Fund - said that the additional funds would be directed towards renewables, energy efficiency, grids and storage, electric vehicle charging infrastructure, and breakthrough technologies, such as low-carbon hydrogen.

The package of new, targeted financing approved by the EIB’s Board of Directors is expected to mobilise up to €115bn of new investment by 2027, thus making a substantial contribution to the REPowerEU objective of ending dependency on Russian fossil fuels, the statement said.

It is a supplementary envelope, on top of the EIB Group’s already robust support for the energy sector in the European Union, averaging around €10bn per year over the past decade.

“This horrible war and Russia’s blackmail over gas supplies affirmed that our dependency on fossil fuels is a critical security vulnerability,” Werner Hoyer, President of the EIB Group said. “It’s about time we finally ended this dependency. The EIB is determined to mobilise the full scale of its financial resources in support of the joint effort, and work with the private sector to maximise the impact of our investment.”

While the additional EIB Group financing will focus on improving Europe’s energy security over the medium term and avert future supply shocks, EIB support for some efficiency projects could result in lower demand for gas already in 2023. The package follows a Board decision to approve €5.5bn in financing for clean energy, energy efficiency and climate action, including new wind power in the Baltics, and upgrading transmission networks in Poland and Spain.

In addition to raising expected energy-lending volumes for the next five years to unprecedented levels, the EIB’s Board of Directors also adopted a series of technical and policy measures aimed at accelerating the pace and maximising the impact of the new investment. Key elements include higher upfront disbursements, longer tenors that will make EIB loans to the energy sector more attractive, and a co-financing ceiling of up to 75% for projects contributing to the REPowerEU objectives, up from the typical 50% EIB limit per project.

“I welcome the EIB’s financial reinforcement of our REPowerEU Plan, on top of the €300bn funds already available,” European Commission President Ursula von der Leyen said. “With the EIB package, we can go even faster in cleaning Europe’s energy system and ending our dependence on Russian fossil fuels. The EIB Group’s contribution will help us ensure our energy security and reach our 2030 climate goals.”

Furthermore, the Board of Directors introduced a temporary and exceptional extension of the exemptions to the EIB Group’s Paris Alignment for Counterparties (“PATH”) framework, the statement said. In this respect, the existing exemption under the EIB Group’s PATH framework for projects with high innovative content will be temporarily and exceptionally extended to include all renewable energy projects and electric vehicle charging infrastructure inside the EU.

This will allow EIB Group financing of a greater number of clean energy projects with a wider range of clients and utility companies contributing to the EU`s climate objectives and energy security. The extension will run until 2027, subject to a Climate Bank Roadmap review foreseen in 2025. Over this period the EIB will continue to engage with all its clients to support them in developing decarbonisation plans.

Put together, the package of additional financing, policy and technical flexibility, as well as dedicated support for high-risk investments, like pilot facilities, will help supercharge Europe’s transition to a more sustainable and secure future, the statement asserted, adding that it signals the EIB’s unwavering commitment to deploying the full range of its financial tools and resources in response to the unfolding crisis.