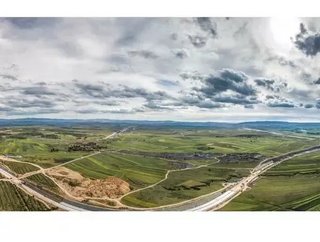 Framework agreement signed with Erdos city government in Inner Mongolia to set up integrated energy base...

China Energy Engineering Group (Energy China) has signed a framework agreement with Erdos city government in Inner Mongolia to set up an integrated energy base, representing a total investment of £2.73 billion.

The project will add 1GW wind power generation capacity and 5GW of solar capacity on top of the already planned 8GW from coal-fired power plants in the city, according to a statement issued by the state asset watchdog SASAC, and reported by Reuters.

Energy China also plans to build some electricity storage facilities to go alongside the integrated energy project but has not disclosed more details.

“Once launched, the integrated energy project will generate around 33 billion kilowatts-hours electricity each year, among which more than 41 percent is expected to come from renewable sources,” says the SASAC statement.

Amid a renewable energy boom and insufficient power carrying capacity from grids, China’s government is encouraging energy companies and local governments to add power storage facilities when building new solar and wind power projects, so as to improve the stability and flexibility of the country’s power grid.

At a United Nations summit earlier this month, Chinese President Xi Jinping announced that China will boost its installed capacity of wind and solar power to more than 1,000GW by 2030, and increase the share of non-fossil fuels in primary energy consumption to around 25 percent during the same period.

Separately, a top energy official has told reporters that recent power shortages in some Chinese regions are singular cases, and that the country’s energy supplies, including power, are generally secure.

In November of this year, Energy China signed a framework agreement with Chongzuo city government, in the southern Chinese region of Guangxi, to invest £9.43 billion into a mega-sized city development project, including energy, transportation and mines restoration.