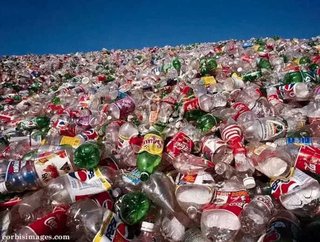 According to a study released by scientists at Columbia University, landfills across the country contain enough plastic waste to provide power for 5.2...

According to a study released by scientists at Columbia University, landfills across the country contain enough plastic waste to provide power for 5.2 million American homes, fuel six million cars for a year, and potentially much more.

The report indicated that 6.5 percent of used plastics in the U.S. are recycled, 7.7 percent are “combusted with energy recovery,” and the remaining 85.8 percent end up in a landfill. If all the non-recycled plastics were used as fuel in waste-to-energy facilities, the electricity output could potentially power millions of homes and cut coal use by up to 34 million tons.

Although the rate of plastics recycling in the U.S. has increased over the years, projects like this would help recover the energy value from the millions of tons of plastic waste that mostly ends up in landfills. "We have to think of all possible alternatives when it comes to energy, not just solar and wind, but also the untapped resource in waste - particularly plastics - that is valuable energy,” stated Marco Castaldi of the Department of Earth and Environmental Engineering at Columbia University.

Complementing recycling with energy recovery will not only play a crucial role in landfill waste diversion, but also produce power with less of an environmental impact than any other source of electricity, according to the EPA.

While Europe and other countries are already ahead of the game in the development of waste-to-energy technology, the U.S. Congress is starting to take steps in this direction. Earlier this month, the Capitol announced it will be sending all of its non-recyclables to a local waste-to-energy facility, which is expected be more cost effective than composting and save American taxpayers tens of thousands of dollars.

The study noted that projects like this will be crucial in identifying alternative fuel sources for policy makers and stimulating awareness of the need for more waste-to-energy facilities.