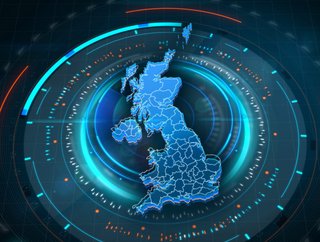 UK Energy Security Bill to support roll-out of low carbon technologies such as CCUS and hydrogen, and deployment of heat networks

The Energy Security Bill will be introduced to the UK Parliament today by Business and Energy Secretary Kwasi Kwarteng.

The bill, which contains 26 measures, is seen as the most significant piece of energy legislation in a decade and follows the British Energy Security Strategy announced earlier this year.

Measures set to be introduced include supporting the deployment of low carbon technologies at scale such as carbon, capture, usage and storage (CCUS) and hydrogen, the roll-out of heat networks and driving down the cost of electric heat pumps, which will help scale up the installation of key clean technologies and reduce the UK’s dependency on global fossil fuel markets and exposure to volatile gas prices.

The bill aims to drive £100bn of private sector investment into new UK industries by 2030 and help diversify the country's domestic energy supply, including hydrogen and offshore wind, and support around 480,000 green jobs by the end of the decade.

Kwarteng said the UK must ensure it is no longer "held hostage" by rogue states and volatile markets, and accelerate a truly clean, affordable, home-grown energy system.

"We’re going to slash red tape, get investment into the UK, and grab as much global market share as possible in new technologies to make this plan a reality," he said.

"The measures in the Energy Security Bill will allow us to stand on our own two feet again, reindustrialise our economy and protect the British people from eye-watering fossil fuel prices into the future."

In what looks a busy day for the Business and Energy Security, he will also launch a £400m offshore wind factory in Teesside, that will "employ hundreds of local people", while no doubt keep a close eye on events in Westminster following Prime Minister Boris Johnson's resignation.

"Reforming the role of Ofgem could enable pioneering peer-to-peer trading projects such as the regional smartgrid being developed in Cheshire in the North West to become a reality and drive down energy costs," he said.

"Reaching net zero will require a range of low carbon technologies so we’re pleased to see the commitment to a whole-system approach. Driving private sector investment into net zero will be critical and while we welcome the commitment to carbon capture and hydrogen we urge the Government to rapidly publish further detail on business models to bolster investor confidence.

"We’d also call for the Bill to support both the hydrogen villages planned for the North West and the North East to really kick start the hydrogen revolution in the home.”

Professor Joe Howe, Chair of the NWHA and Executive Director, Energy Research Institute at the University of Chester, said there has never been a more pressing time to diversify our domestic energy supply to both cut carbon emissions and tackle rising energy costs, for homes and businesses.

"The Energy Security Bill is a positive and interventionist moment that sets out the UK’s energy future – one where hydrogen and carbon capture play a key role and are taken forward at pace," he said.

"Continued support and investment in the rollout of hydrogen technologies and flagship trials such as the hydrogen village – for which the North West is being considered – are critical to make sure the ambitions in the Bill become a reality.”