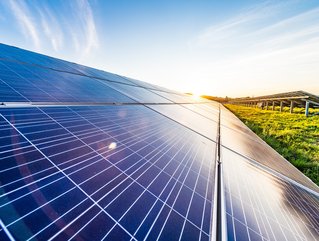 ENGIE has won a 14-country on-site solar power contract with Faurecia, a leading supplier in the automotive technology industry and FORVIA group company.

ENGIE will provide, install, operate and maintain solar panels for a cumulative capacity of over 60MW at peak production by the end of 2023, representing about 60 hectares of solar panels on Faurecia’s sites globally. As much as 30% of the total renewable power capacity provided will already be installed before the end of 2022.

These PPAs will bring a 7% improvement in the company’s energy independence versus 2019. These PPAs also illustrate Faurecia’s use less and use better principles, supporting its 2023 goal of reducing external purchasing of energy by 25%.

In 2021, Faurecia selected ENGIE to accompany them in their CO2 neutrality journey, through the deployment of energy saving equipment and solutions. enabling 15% reduction of site energy consumption out of a reference of around 600 GWh. With this multi-country on-site solar agreement, Faurecia’s sites will produce their own renewable and decarbonised energy tailored to each of their sites.

Catherine MacGregor, ENGIE CEO, said the solar energy programme is another major step in ENGIE’s partnership with Faurecia and is key to support its ambitious carbon neutrality goals.

"It aims to not only drive down consumption but also to decarbonise the company’s electricity supply across its sites globally and demonstrates the key role ENGIE plays in its customers’ energy transition objectives," she said.

Patrick Koller, Faurecia CEO, said producing renewable energy on its sites is a central commitment to meet its 2025 objective to become CO2 neutral for its in-house emissions (Scope 1 and 2).

"Leveraging strategic collaboration with global and leading partners allows us to speed up and improve our energy resilience in a more sustainable way. Also, it reflects our corporate responsibility to have a positive impact on society and meet the needs of future generations."

ENGIE, together with OCI, Europe's leading producer of methanol, and EEW, a leading company in the production of electricity and heat from waste-to-energy, are to collaborate on the HyNetherlands (HyNL) project, in the north of the Netherlands (province of Groningen).

The first phase of the project, which directly involves ENGIE, will see the construction, on the site of the Eems power plant in Eemshaven, of a new 100 MW electrolysis facility, five times larger than the existing plants on the market. Fuelled by renewable electricity production from offshore wind fields in the North Sea, it will produce the renewable hydrogen needed to produce e-methanol and for the local mobility and industrial sectors.

ENGIE recently launched an initiative to speed up the acceptance of renewable energies, with the creation of a label jointly-designed with Bureau Veritas, a leader in testing, inspection and certification services.

Named “TED” for Transition Energétique Durable (Sustainable Energy Transition), the label is founded on meaningful commitments in favour of the development and operation of renewable activities, a pillar of the group’s energy project. It aims to provide citizens, as well as regions, guarantees of  transparency.

Bureau Veritas is supporting ENGIE in defining and implementing the label certification process and will conduct follow-up audits.

MacGregor said all commitments will ultimately be the benchmark for the development and operation of ENGIE's renewable facilities worldwide.