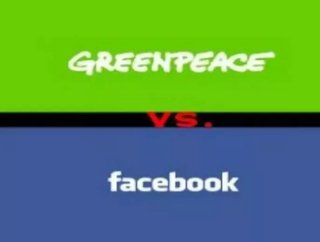 Facebook has publicly announced its commitment to clean energy this week in response to Greenpeace&#39;s initiative, the Unfriend Coal Campaign, gained...

Facebook has publicly announced its commitment to clean energy this week in response to Greenpeace's initiative, the Unfriend Coal Campaign, gained some 700,000 online activists to pressure the company to power its data centers with clean energy instead of coal.

Facebook says it will work with the environmental group to urge utilities to develop renewable energy generation and encourage its users to save energy and get involved with clean energy decisions in their communities.

As major companies move towards cloud computing, power consumption is on the rise. In Greenpeace's report earlier this year, called How Dirty Is Your Data?, the group found that data centers currently consume 1.5-2 percent of global electricity, which continues to grow at a rate of 12 percent per year. Furthermore, most technologies are still powered by coal, relying on the dirty source for 50 to 80 percent of their total energy needs.

But with growing energy consumption, the IT industry could have a major influence on the future of energy sources and production. According to the report, some companies are already moving in that direction:

“Of the 10 brands graded, Akamai, a global content distribution network, earned top-of-the-class recognition for transparency; Yahoo! had the strongest infrastructure siting policy; Google and IBM demonstrated the most comprehensive overall approach to reduce its carbon footprint to date,” the report said.

As far as Facebook goes, the company said it will now state a "preference for access to clean and renewable energy" when choosing its data centers. Facebook's Silicon Valley Google Inc. has also invested nearly $1 billion in renewable energy projects.

Greenpeace has declared victory on its “Unfriend Coal” Facebook page, which has now been removed.