FERC Law to Streamline Renewable Energy in the U.S. 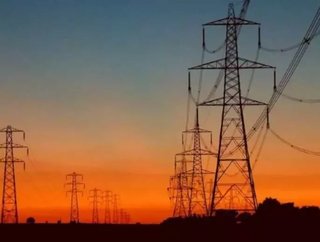 One of the major problems that has plagued widespread development of renewable energy sources such as solar and wind has been a lack of transmission i...

One of the major problems that has plagued widespread development of renewable energy sources such as solar and wind has been a lack of transmission infrastructure.  Oftentimes, large solar plants or wind farms are built in remote low-population areas.  Massive investment is then needed to construct the transmission lines necessary to carry the renewable energy to high-population areas.  The U.S. Federal Energy Regulatory Commission (FERC) has thus created a new law to rectify the issue.

The new FERC regulations will require transmission planning to be undertaken by a large number of regional players.  This is designed to lay the groundwork for new power lines across states and between neighboring jurisdictions.  This will ease the burden of high costs to build a single transmission line from a remote location by planning ahead and requiring multi-stakeholder investment into power infrastructure.

"The bottom line is it will force larger-scale plans to be produced everywhere," said Bill White, manager of the National Clean Energy Transmission Initiative for the Energy Future Coalition. "It also requires these planning regions coordinate with neighboring regions."

"The impact is pretty big," said Gene Grace, senior counsel with the American Wind Energy Association. "It has the potential to be somewhat of a game-changer in terms of planning and cost allocation."

White adds, "By doing this, FERC is really taking the lid off the industry.  It's been growing quickly but now it will grow faster."

The new FERC laws will benefit consumers and businesses by opening the grid and allowing regions to access lower-cost energy from further away.  Plus, increased access to a wider portfolio of energy generation options will reduce the risk of power outages and rolling blackouts.

Groups currently opposed to the new FERC rules include utilities companies who would like to keep their markets closed to competition by not building alternate transmission lines.

The rules will become law 60 days after being published in the Federal Registrar.  Every public utility transmission provider will have to file compliance plans within one year of the effective date, with interregional transmission coordination and cost allocation plans to be filed within 18 months.