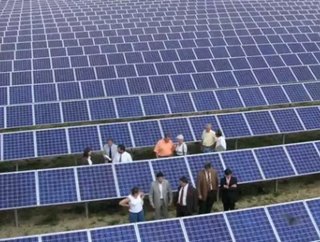 First Solar Inc. has announced its plans to shut down certain research and development activities that focused on the same alternative solar products...

First Solar Inc. has announced its plans to shut down certain research and development activities that focused on the same alternative solar products that doomed Solyndra, and instead refocus on the development of advanced cadmium telluride PV technologies to survive.

In the process, the company will have to fire about 100 employees, including 60 from its research center in Santa Clara, Calif. The reorganization plan will narrow First Solar's focus down to large utility-scale power plants and move away from smaller, rooftop installations.

“We’re dedicating all of our resources” to making utility-scale projects more cost-effective, First Solar's Chairman and Interim CEO Michael Ahearn told Business Week. Other initiatives “will be on the back burner.”

Due to a rapidly changing market, First Solar is abandoning its CIGS technology and returning to existing thin-film technology in order to be able to compete and stay afloat in the industry. Thanks to government subsidies and solar overcapacity, it's practically impossible for any US company to be a low-cost, competitive provider.

For now, profits and shares for First Solar will most likely continue to drop, and without profitable operations, the company is doing all it can to stay alive by pawning off some of its assets. Analysts are optimistic that the company will be able to close the gap in a few years, but the solar industry's economics are terrible and wont be so easy to predict.