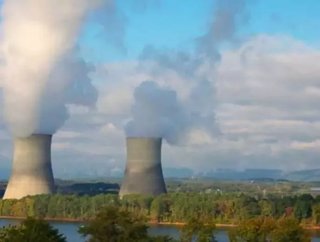 According to the International Energy Agency&#39;s (IEA) latest findings, coal and fossil fuel subsidies pose the greatest challenge to the renewable e...

According to the International Energy Agency's (IEA) latest findings, coal and fossil fuel subsidies pose the greatest challenge to the renewable energy market. As the world's largest exporter of coal, Australia's carbon emissions have grown nearly 300 percent since 1970, according to the IEA's last annual report on CO2 emissions. Worse, that percentage is regional, excluding the huge amounts of coal shipped overseas to some 20 dependent countries.

The IEA blames electricity/heat generations and transportation as the major culprits of nearly two-thirds of carbon dioxide emissions. IEA's World Energy Outlook 2011 report, to be released in early November, the agency recommends a halt on fossil fuel subsidies to reduce emissions and encourage renewable energy development.

In a recent interview with EurActiv, IEA chief economist Faith Birol said the current $409 billion equivalent of fossil fuel subsidies are only encouraging a wasteful use of energy.

Birol added that the cuts in subsidies is the biggest policy item that would help the world move towards a trajectory of 2 degrees in global warming, reducing CO2 emissions and helping renewable energies get more market share in the process.

In the current scenario, seven countries are introducing carbon pricing that would cause a 3.5 degree trajectory, which would cause “irreversible impact,” according to the Inter-governmental Panel on Climate Change (IPCC), with a mass extinction rate of anywhere from 40 to 70 percent of the world's species.

These topics will be central at the upcoming Climate Change conference in Durban, South Africa this December. According to research by Bloomberg New Energy Finance in 2010, governments around the world are spending 12 times as much on fossil fuel subsidies than on renewable energy. Phasing out aid for fossil fuel consumption subsidies and encouraging more spending on renewable energy will be critical in determining next year's market share for renewables.