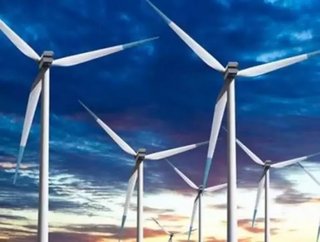 Japan has been actively seeking power alternatives in response to the Fukushima nuclear power plant disaster of 2011, and a developing solar photovoltai...

Japan has been actively seeking power alternatives in response to the Fukushima nuclear power plant disaster of 2011, and a developing solar photovoltaic project backed by General Electric’s Financial Service unit has been designed to help the nation become less dependent on nuclear energy.

The 32-megawatt project, known as Kumenan, also includes project developer Pacifico Energy and is part of GE Energy Financial Services’ plan to invest more than $1billion annually in renewable energy projects.  Financing for Kumenan was supported by a $107 million loan from The Bank of Tokyo-Mitsubishi and The Chugoku Bank.

Kumenan, located in the Okayama Prefecture, has already begun construction and is expected to reach commercial operations in the first quarter of 2016.   It is slated to sell power to a regional utility through a twenty-year agreement upon receiving approval from Japan's Ministry of Economy, Trade and Industry.

Construction and operations are being managed by Pacifico, a solar project developer in Tokyo and subsidiary of Virginia Solar Group.  Toyo Engineering is constructing the project, with photovoltaic modules supplied by Yingli Green Energy.  Pacifico Energy, founded in 2012 and headquartered in Tokyo, has four large-scale solar energy projects planned for 2014 totaling 200-megawatts.   Toyo Engineering was established in 1961 and serves the hydrocarbons and petrochemical sectors worldwide.  Yingli Green Energy develops, manufactures and sells solar modules under the name Yingli Solar and has deployed over 7 GW of solar modules worldwide.

Japan hopes to produce 20 percent of its power from renewable sources by 2030.

Kumenan will help Japan to meet its renewable energy goals and will set the stage for future investments by the GE unit.  President and CEO of GE Energy Financial Services commented on the project by saying, “Our investment in Kumenan advances our global growth into new markets with a strong risk-return profile.”

GE has made investment commitments of $1.8 billion in equity and debt in more than one gigawatt of solar power projects worldwide. The company also intends to finance Japan's largest solar project, a proposed $777 million solar energy facility in Setouchi.