Geothermal Energy could get Boost from Congress 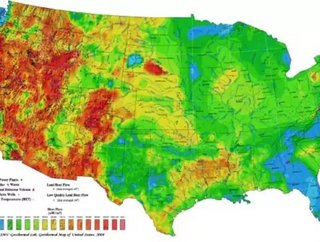 With Washington finalizing a last minute debt deal to avoid a default, some are preparing for whats next. Frankly, the poorly pieced together debt de...

With Washington finalizing a last minute debt deal to avoid a default, some are preparing for what’s next.  Frankly, the poorly pieced together debt deal will do little more than delay a default, in the meantime, both the public and private sectors will need to scramble to figure out how to kickstart the economy.  One popular belief is that renewed investment in energy infrastructure development—particularly in renewables—could help create jobs and spur economic growth.  In light of this, two new bills are making their way to congress for approval in the coming months that will boost geothermal energy development across the U.S.

Since the end of 2009, there has been little development in geothermal energy in the U.S.  Analysts speculate the reasons for this are most likely the long permitting process and the expensive upfront costs of test drilling.  However, the two new bills will likely ease these burdensome factors.

The first is a House bill that was already approved by the Natural Resources Committee.  The bill is aimed at cutting down on the permitting process for geothermal exploration on federal land in cases where developers already own a lease.  This would presumably save developers both time and money, making projects more attractive to investment.

In the U.S. Senate, the Geothermal Exploration and Technology Act of 2011 is up for vote.  The act is designed to establish a revolving loan fund for exploratory geothermal drilling, create a demonstration program for large-scale geothermal heat pump systems, and allow those leasing federal land for oil and gas exploration to produce geothermal energy as well.

But unlike other renewable energy ventures, geothermal has a unique set of hurdles to overcome.  “You don’t face the same resource risk with solar and wind as you do with geothermal,” says Geothermal Energy Association Executive Director Karl Gawell. “You have to spend a lot of money to find a resource and know how big it is. The process is really closer to a mining venture than it is to a wind or solar project. The upfront money is really hard to find and expensive because it’s high risk. Investors like to see faster returns. They like to see a project within two or three years.”

Geothermal projects tend to take anywhere from four to eight years to get up and running, and if these two new bills before congress pass, it is likely that the U.S. may see a boom period in geothermal investment.  However, considering the political climate in the U.S. as of late, the likelihood of congress passing the bills is yet to be determined.

“The whole situation we have here—everything is in gridlock,” says Gawell. “The Senate Energy Committee continues to function, and do its job. The problem is nobody really knows if any of this is really going to go anywhere. One of the unspoken victims in all this is the legislative process. It’s just grinding to a halt.”