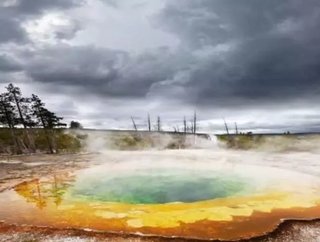 While the natural heating and cooling from the earths core is the oldest source of energy in history, the use of geothermal energy has been experie...

While the natural heating and cooling from the earth’s core is the oldest source of energy in history, the use of geothermal energy has been experiencing significant global growth within recent years. According to a report by the Geothermal Energy Association (GEA), the overall growth was 20 percent from 2005 to 2010. Another 70 nations have geothermal projects currently in the works, which is a 52 percent growth over the last three years.

GEOTHERMAL BENEFITS
Geothermal energy is one of the best existing natural resources for energy. One of the many benefits to using geothermal heat for power is that there is little to no harmful impact on the environment. Geothermal emits less carbon dioxide (CO2), sulphur and nitric oxide than other fossil fuel power sources. Since energy is developed from the earth, the supply is unlimited. Additionally, no power storage is required and geothermal is one of the cheapest forms of energy that exists.

GLOBAL GEOTHERMAL GROWTH
Despite the economic recession impacting the world in recent years, geothermal energy continues to grow. The Obama administration has recently announced plans to aggressively increase geothermal development in the U.S. “We have a choice. We can remain the world’s leading importer of oil, or we can become the world’s leading exporter of clean energy,” said President Obama. “We can hand over the jobs of the future to our competitors, or we can confront what they have already recognized as the great opportunity of our time: the nation that leads the world in creating new sources of clean energy will be the nation that leads the 21st century global economy.”

Energy Secretary Steven Chu added, "We have an ambitious agenda to put millions of people to work by investing in clean energy technology like solar and geothermal energy. These technologies represent two pieces of a broad energy portfolio that will help us aggressively fight climate change and renew our position as a global leader in clean energy jobs.”

In addition to geothermal expansion in the U.S., the potential to tap into the geothermal energy resource is huge worldwide. According to Karl Gawell, the executive director of GEA, “The colossal growth of the international market is only a small fraction of the geothermal power potential we could be utilizing. Even if we assume the lowest possible projections for geothermal potential, the vast majority of countries don’t fully use their geothermal resource. In 1999 we identified 39 nations that could provide 100% of their electrical needs from geothermal, fully powering their countries with a clean, renewable and domestic source, but only nine of them have geothermal power online. The development potential here is very obviously tremendous.”

GEOTHERMAL INVESTMENTS
Ormat Technologies, a U.S.-based company that operates over 520 MW in owned geothermal power plants, and over 1300 MW around the world, reported a first quarter 2010 total revenue of $82.7 million. Though this is a 6.5 percent decrease from total revenues from the first quarter of last year, the outcome for the remainder of the year looks positive. Dita Bronicki, Chief Executive Officer stated, "We continue to expect 2010 Electricity Segment revenues of $275 million to $285 million. We also expect an additional $9 million of revenues from our share of electricity revenue generated by a subsidiary, which is accounted for under the equity method. 2010 Product Segment revenues are expected to be between $75 million and $85 million."

Within the next two years the Germany-based companies Hörmann Energie und Umwelt and Geysir Europe are going to invest more than €70 million in a geothermal project. More than €8 million has been invested in the project so far, amongst others for the construction of the drill pad at the “Hofgut Breitenbach” near Gelting. Drilling will start in June 2010.

Africa is a prime location for generating geothermal energy. “For a long time, Kenya was dependent on hydro energy,” stated James Kiiru, Commercial Attaché, Embassy of the Republic of Kenya. “The challenge is if there is no rain, the supply can’t be guaranteed, so the government is looking into alternative sources of power.” Kenya was the first African country to really expand on its geothermal resources. With three plants, built by the Kenya Electricity Generating Company (KenGen), further expansion at all locations are in the works. Kenya received a $293 million loan from Japan and a $94 billion loan from China for plant expansion.