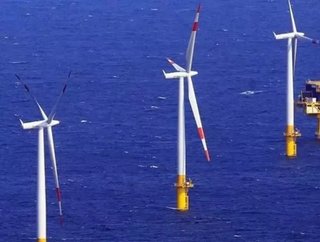 With the inauguration of the Baltic 1, clean electricity will now be supplied to over 50,000 German households. Baltic 1 is Germanys first commercial...

With the inauguration of the Baltic 1, clean electricity will now be supplied to over 50,000 German households.

Baltic 1 is Germany’s first commercial offshore wind farm, following in the footsteps of the country’s other, smaller offshore wind park, the Alpha Ventus, which was launched as a test pilot in conjunction with the German government.

Energie Baden-Wurttemberg AG (EnBW) commissioned the Baltic 1 farm, which includes 21 wind turbines, each with a capacity of 2.3 megawatts and a rotor diameter of 93 meters.

Siemens Energy, the world’s leading supplier of offshore turbines, built the facility on a seven square kilometer area 16 kilometers from the Darss/Zingst peninsula.

The Baltic 1 is another cog in Germany’s drastically changing energy policy, which has required additional support and use of renewable energies after the disaster at Japan’s Fukushima nuclear power plant. Wind power has been a particular area of focus for Germany in recent weeks.

After Japan’s earthquake/tsunami crisis, Germany was the first European country to shut down its nuclear plants and according to reports, Chancellor Merkel wants to completely phase out nuclear power Germany by 2022.

In 2013, Siemens and EnBW intend to complete the Baltic 2, upping the number of turbines to 80, each with a capacity of 3.6 megawatts and a rotor diameter of 120 meters, supplying another 340,000 homes.

"This is an important milestone in the use of German offshore wind power. Onshore, Germany was a pioneer in wind power - and now it's important to rapidly tap the huge offshore potential," said René Umlauft, CEO of the Renewable Energy Division at Siemens in a press release.