Germany "must do far more" with CO2 reduction 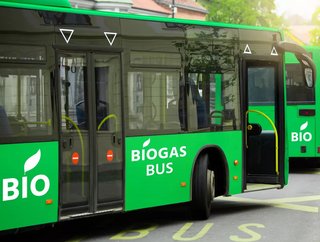 In a remarkably frank press conference in Berlin, Minister Habeck said that Germany would fall short of its CO2 emissions targets in 2022 and 2023 and would move to immediately accelerate measures across the energy spectrum.

"We are starting with a drastic deficit," said Habeck. "The previous climate protection measures in all sectors are insufficient. But we are doing everything we can to close the gap. We'll have to triple the speed of emissions reductions."

While pointing out that Germany had increased its share of renewable energy to 42% in the past 30 years, Habeck said the country had only eight years to realise its goal of 80% by 2030. He criticised stagnating levels of new wind and solar energy facility construction, saying: "The trend is going in the wrong direction."

He said the government would target exponential increases in renewable energy production. He announced a legislative package, to be put before parliament this summer, that would include mandatory photovoltaic installations for newly constructed buildings and accelerated construction of off- and on-shore wind turbines on approved sites. The government said that Germany was targeting wind-energy facilities on two percent of Germany's square area.

The legislation, Habeck said, will also include a revision of the German Renewable Energy Sources Act (EEG) to make renewables a matter of national security. It will offer financial support in the form of so-called Carbon Contracts for Difference to companies transitioning to climate-neutral forms of production. And it will bolster Germany's National Hydrogen Strategy and enhance energy-efficiency standards in construction.

Habeck also said the government would take measures to increase the immigration of specialists, for example engineers, to ensure the country has sufficient expertise to realize its energy goals. He characterized the changes to come as not only a "challenge" but an "opportunity" to ensure Germany's economy remained "innovative, competitive and prosperous."

Germany Trade & Invest (GTAI), the German government's international economic promotion agency, stresses that international businesses will be able to profit from the recalibration of government policy, particularly if they are on the ground in Germany.

"It's highly unusual for a German government to be this critical of the status quo and this specific about what will be done about it," says GTAI CEO Robert Hermann. "All the change means major new chances for agile and innovative domestic and international companies that can help Germany reach its climate goals."

"The climate protection plans represent a historical chance," adds GTAI Director of Energy, Construction and Environmental Technologies Thomas Grigoleit. "They will provide powerful impulses in all areas of the energy economy. We expect rapid growth in solar and wind energy installations, in hydrogen production and in energy efficiency. This is a gigantic challenge, but one that also opens up new avenues for domestic and international companies to develop, produce and of course market innovative sustainable products in Germany."

The next ten years will determine whether Germany is able to achieve the transition to climate neutrality and capture the economic opportunities it creates, according to McKinsey.

"Renewable energy and infrastructure must be expanded faster, production and sales of electric cars rapidly ramped up, and industrial processes electrified or converted to biogas. There is plenty of green capital available; the main barrier is rather the complex realignment that is required of entire industries and supply chains," it reports.

Next.e.GO Mobile SE, the independent German manufacturer of innovative and sustainable urban electric vehicles, has announced it will enable its customers to trade their GHG quota (CO2 certificates). Together with the partner, Fairnergy, e.GO Mobile offers simple and fast processing of the sale of the GHG quota via its e.GO Connect app or website.

Rheinmetall and PolyCharge America have formed Rheinmetall PolyCharge, a joint venture for the production, development, and marketing of NanoLam DC-Link capacitors in Europe.