Gitmo Base Goes Green to Save Money, Reduce Dependencies 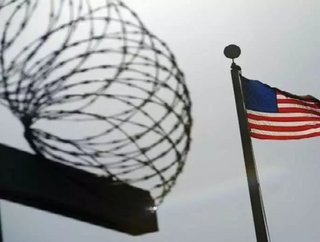 In an effort to reduce its whopping $100,000 a day fossil fuel dependence, the U.S. Military is actively pursuing a greener day to day life at the Gua...

In an effort to reduce its whopping $100,000 a day fossil fuel dependence, the U.S. Military is actively pursuing a greener day to day life at the Guantanamo Bay Naval Base in Cuba—the most expensive prison on earth. Today, solar-powered lights serve as sentries for U.S. Marines and teams of Navy cops now ride bikes instead of petroleum-fueled patrol cars.

As part of another sign of a Navy-wide goal to halve its dependence on fossil fuels by 2020, the greening of Gitmo is being employed despite initial challenges in doing so. Since the 1960s, the base has been making all of its own electricity and desalinating its own water, cut off from Cuba's water and power supply. That means that all supplies—from diesel fuel to spare parts—arrive by ship or aircraft, more than tripling the price of power.

"From my perspective certainly the greening of Gitmo is important," U.S. Navy Capt. Kirk Hibbert told McClatchy Newspapers. National security is paramount, he said, but the Navy mandate to curb consumption "has an effect on almost everything we do here."

On Hibbert's watch, a huge solar array behind a high school is soon to go up in addition to his push for the switch to bikes instead of driving air conditioned gas-guzzling patrol vehicles.

The base at Gitmo gets a lot of attention for being so costly to run. To keep the lights on and water flowing to some 171 captives and 1,850 U.S. forces and contractors who work there, it costs an estimated $32,000 a day, or $11.7 million a year.

Among a few renewable energy installations, there has also been word that NASA scientists are exploring technologies that would allow for the growth of algae for biofuels at the base. It's also the first base to introduce a system of mock utility bills in an effort to shock sailors and their families into conserving more energy used at home. Those bills are usually about 3.5 times the price of an average U.S. household.

As researchers continue to develop more green technologies to use at Gitmo, these initial efforts symbolize a growing state of awareness of the need for conservation at the prison camp, and other bases for that matter.