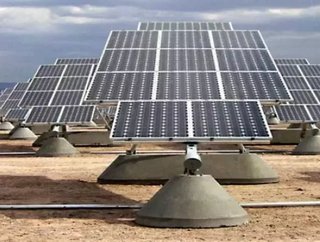 Global solar PV installations are expected to reach 24 GW this year, up from 19 GW in 2010, according to a new report from IMS Research. Trends in Eur...

Global solar PV installations are expected to reach 24 GW this year, up from 19 GW in 2010, according to a new report from IMS Research. Trends in Europe have shifted and American and Asian markets are booming. Despite a relatively slow start, installations have seen an overall rise of 24 percent in the last year around the world.

Although installations have recently surged, the demand for PV components is down due to a high level of inventory. “Despite installations in the second half of the year being almost double those in the first half, most suppliers didn’t see any considerable uptick in orders. This is simply as a result of the high inventory levels in the channel, with customers installing previously purchased modules and inverters”, explained Ash Sharma, Senior Research Director for Photovoltaics and author of the report.

The report indicates that Italy has displaced Germany as the world's largest market of PV installations, expected to deliver 6.8 GW of new capacity. Despite the country's strong performance, Europe's shares have seen an overall drop. Due to the slow-downs in countries like Germany and the Czech Republic, installations have only grown by an underwhelming 3 percent in the last year.

“The upswing in Italian installations won’t be sufficient to counter falls from Germany and the Czech Republic and Europe’s share of global installations will sharply fall from 82% in 2010 to 68% in 2011”, noted Sharma.

California is its Own Country in Solar Power

Growth in Other Markets

Meanwhile, American and Asian markets will account for 85 percent of the global growth installations in 2011 and are expected to continue to lead through 2012. The U.K., a recent addition to the list, is set to become the 8th largest PV market this year, reaching over 500 MW in solar capacity. Only three other European countries will make it onto the report's top 10 markets for 2011. The US will come in third, followed by China.

“The PV market continues to diversify in 2011; this will create short-term pain for suppliers that can no longer solely rely on one market to fuel their growth, but creates long-term stability for the industry by helping to balance the effects of a single country’s incentive policy and reduce large swings in supply and demand. This diversification is clearly continuing to happen and we have identified 20 markets that will install more than 100 MW in 2011, up from just 14 last year”, commented Sharma.