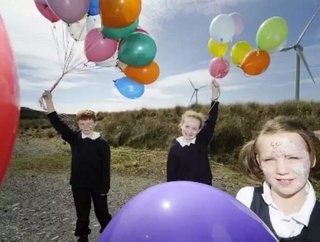 Global Wind Day is June 15, and is a time for the world to reflect on the exciting possibilities harnessing the winds power holds for the...

“Global Wind Day” is June 15, and is a time for the world to reflect on the exciting possibilities harnessing the wind’s power holds for the future of energy generation.  More than 75 countries around the world have wind farms actively providing clean electricity.  Beginning as a European event in 2007, Global Wind Day has since expanded throughout the world, officially going international in 2009.  The day will see thousands of events promoting wind power taking place all over the world, and wind industry companies are making some big announcements on the iconic day.

A new global consumer label for companies using wind power has been announced.  “WindMade” certification would require participating companies to source 25 percent of their energy from wind power. "The initiative is backed by the wind power industry, and we believe that the label will build a bridge between consumers and companies committed to clean energy," says Steve Sawyer, chairman of the WindMade board and secretary general of the Global Wind Energy Council (GWEC).

The WindMade certification plan has been developed in a partnership between the World Wildlife Fund (WWF), the American Wind Energy Association, LEGO, Climate Friendly, Gold Standard and Vestas, with Oko-Institut and PricewaterhouseCoopers (PwC) acting as advisers.

Enbridge and RES Canada announced the completion of their 99 MW Talbot Wind Project in Ontario, Canada on Global Wind Day. "We are pleased to officially introduce the Talbot Wind Project to the Chatham-Kent community," said Don Thompson, Vice President, Green Energy, "particularly since today is Global Wind Day and people around the world are celebrating wind for its contributions as a clean and renewable energy source."

LM Wind Power—a manufacturer of wind turbine blades—announced on Global Wind Day the creation of the world’s largest turbine blade.  The massive 73.5-meter blade stands roughly equivalent to 24 stories tall. “The size of these impressive structures has more than doubled over the past decade alone, and although this has of course demanded the development of new materials, design, and technology along the way, the new 73.5 m blade is built on our progressive accumulation of know-how,” says VP Product Development Jan Kristiansen.  “This ensures that even though it is more than ten meters longer than our recent world record blade, it is still based on a proven concept.”

So if you’re a fan of renewable energy, or would like to learn more about wind power and what it means for your country’s energy security, be sure to check out a Global Wind Day event near you!