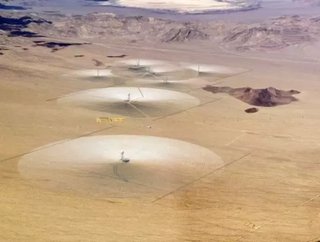 Written By: John Shimkus Google is no stranger to renewable energy investment, but now the Internet behemoth has its eyes set on bigger fish. BrightSou...

Google is no stranger to renewable energy investment, but now the Internet behemoth has its eyes set on bigger fish. BrightSource Energy’s proposed solar thermal plant in the Mojave Desert will be one of the largest solar energy projects in the United States and will double the solar thermal installed capacity in the U.S. Google has made a $168 million equity investment in the project, along with NRG Energy’s $300 million investment and $1.6 billion in loans from the U.S. federal government.

The Ivanpah Solar Electric Generating System will be constructed in California’s Mojave Desert. The project will provide 2,600 MW of grid electricity, powering 140,000 homes.

The facility uses thermal solar energy as opposed to photovoltaic panels. Thousand’s of reflective mirrors will superheat fluids to drive a steam turbine. The Ivanpah plant will recycle the steam back into water to reduce water consumption by 95 percent compared to similar facilities.

"We’re excited to be making our largest clean energy investment to date. With this investment, we’re helping to deploy the first commercial plant of a potentially transformative solar technology able to deliver clean energy at scale," said Rick Needham, Director of Green Business Operations at Google, in a statement. "Ivanpah will be the largest solar power tower project in the world, able to produce clean electricity at the highest efficiency of any solar thermal plant. We hope it can serve as a proof point and spur further investment in this exciting technology."

The project has been forcibly scaled back from original plans due to the location infringing on the habitat of endangered desert tortoises. The solar thermal plant will displace roughly 140 tortoises, and animal rights groups have been combating Ivanpah and other solar projects in the area. Ridiculous? Most certainly… but biodiversity is important. Nonetheless, I’m sure one could find a new home for 140 tortoises. Not to mention that once the facility is installed, the shelled critters would be able to live just as comfortably in the same area as the solar mirrors, maybe even with a little added shade!