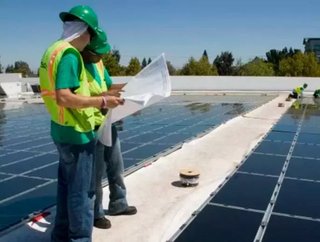 On the heels of its $180 million investment in BrightSource Energys Ivanpah solar thermal plant&mdash;which will be the largest in the world upon compl...

SolarCity will finance the installation of residential solar PV panels through a $280 million fund set up by Google.  The financing model being used is said to greatly reduce the upfront cost of installation.

SolarCity also offers a rental option for its solar arrays.  Homeowners can lease the solar panels, while SolarCity owns and maintains them.  Solar City, in turn, collects any federal and state renewable energy tax credits.  Homeowners will pay a monthly fee, similar to paying an electric utilities bill, but the monthly total cost is said to be significantly lower than traditional utilities providers.

San Francisco based SolarCity has a presence in 10 states throughout the west and northeast United States.

Google’s director of green business operations Rick Needham says, "We think 'distributed' renewable energy (generated and used right at home) is a smart way to use solar photovoltaic (PV) technology to improve our power system since it helps avoid or alleviate distribution constraints on the traditional electricity grid."