The halogen lightbulb ban now in force in the UK is a promising step but more action is needed to drive to reduce emissions, a CEO has warned.

The ban actually began in September but included a one-month transition period.

Harvey Sinclair, CEO of the energy-as-a-service firm eEnergy, said the ban on selling halogen lightbulbs is like completing the first few metres of a marathon.

"It’s a good start but there is so much further to go. Fighting climate change is about thinking big and acting locally," he said. "Schools and businesses must make the switch to LED lighting too. Much of the lighting in UK schools is either halogen or fluorescent, and fluorescent lighting will remain on sale until 2023. That’s another two years of energy stagnation when the country could be making much quicker progress.”

Each school on average saves 38.5 tonnes in CO2 each year following a switch to LED, he added. If all the 32,000-plus schools in the UK adopted LED lighting, the annual carbon savings would be approximately 1.23 million tonnes.

"That’s the equivalent of more than new 56 million trees planted, so why aren’t schools making this switch?" he said. "Largely, because they think it’s too expensive. Using more disruptive energy models such as light-as-a-service ensures better lighting with literally no capital outlay. Schools pay a fixed monthly fee, avoiding any upfront payments and making a significant reduction in carbon emissions.”

All light bulbs will start to feature new energy efficiency advice via ‘rescaled’ energy labels on their boxes. The labels will simplify the way energy efficiency is displayed on a new scale from A-G, doing away with the A+, A++ or A+++ ratings.

This measure is expected to mean that LED light bulbs will account for 85% of all bulbs sold by 2030. Fluorescent lightbulbs are scheduled to be banned from September 2023. The UK Government says the shift to LED bulbs will cut 1.26 million tonnes of CO2.

Sinclair said the need for climate action has become so stark, any organisation not taking the requisite steps runs the risk of damaging its reputation.

“We’ve such a long way to go with carbon emissions. We need to take action now, not wait until 2023 or some other arbitrary date. Only by taking firm action can we have hope for a better future.” 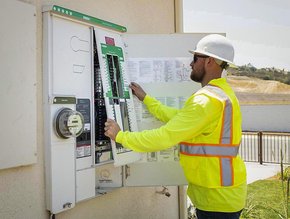 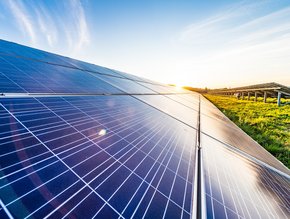