Harnessing the Power of Biomass in the Midwest 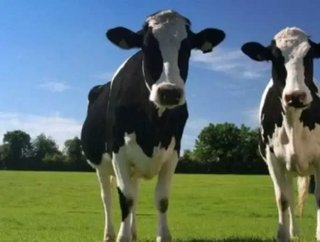 According to a new report released by the Chicago Council on Global Affairs, the Midwest&#39;s abundance of farms can help the region drastically proc...

According to a new report released by the Chicago Council on Global Affairs, the Midwest's abundance of farms can help the region drastically procure more energy from waste streams, including grease and oil from restaurants, leftover corn cobs and crops or manure from dairy farms.

"Cellulosic biofuels represent a potentially substantial economic opportunity for the Midwest and could also have a larger impact on the U.S. energy supply mix," the report says. “While some forms of renewable energy sources—such as wind, solar, and geothermal—have not reached desired economies of scale in the Midwest, the abundance of agricultural and forestry biomass residuals in the region could provide new opportunities for economic development, energy security, and environmental conservation.”

As a national leader in the production of energy from dairy farms, Wisconsin's initiatives help local farmers deal with waste and pollution. According to the U.S. Environmental Protection Agency (USEPA), New York and Pennsylvania are catching up. Farmers are realizing the cost-saving benefits of digesting manure vs the expensive alternative of sending waste to a landfill and wastewater to treatment plants.

To take off, however, the industry will require financing from banks to cover the premiums of renewable electricity from digesters in order to create more demand. Incentives across the state that would encourage utilities to buy power from digesters will also help. Furthermore, the state is looking into creating a program similar to Vermont's “Cow Power” program, in which customers agree to pay extra to ensure their energy is coming straight from their local dairy farm.

"The Midwest has an opportunity to harness the biomass residuals as a new source of energy and, in so doing, set an example for future energy initiatives that will hopefully someday be a feature of broader U.S. energy policy discussions," said Rachel Bronson, vice president of the Chicago Council on Global Affairs.

Stephen Brick, a senior fellow at the council, will present findings of the report on biomass energy opportunities today in Madison, Wisconsin.