How consumers can see through net-zero 'smoke and mirrors' 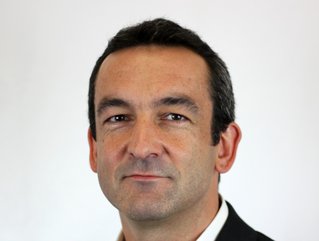 The ancient Greeks did not have a name for zero, and it was the middle of the 12th century before it finally made it to Europe. Philosophers and mathematicians have spent many an hour pondering the nature of zero across the centuries.

Nonetheless, today most of us think of zero as unambiguous. It means nothing, none. We seem to have a firm grasp on the concept.

Until, that is, companies come along and put the word ‘net’ in front of it. Suddenly, zero doesn’t seem to mean zero at all. It feels like a philosophical fudge, an accounting trick, a marketing sleight of hand. So how can consumers make sense of corporate net-zero commitments when making purchasing decisions?

The need for net-zero emissions

It’s important to recognise that organisations resort to net-zero terminology for a reason. Net-Zero can be defined as a state where we add no incremental greenhouse gases to the atmosphere – in other words, a balance between what we emit and what we remove from the atmosphere via sequestration.

Human activities generate greenhouse gas (GHG) emissions. That is a fact that will persist for the near-to-medium future, as there are very few products and economic activities that don’t involve emissions either through their direct production, energy use or transport.

It makes sense then, that organisations would try to limit their emissions as much as possible, and balance out the rest by financing activities that prevent or remove the equivalent volume of emissions elsewhere while supporting sustainable development, e.g., by planting trees in deforested areas or by providing efficient cookstoves across developing countries that can help both the environment and the communities that use them. So far, so sensible.

A wide ‘net’ with many energy holes

The problem is some companies are far too fast and ready to apply the net-zero label. Net-zero is a long-term objective that is now standardised within the Science Based Targets initiative’s (SBTi) Net-Zero Standard, which is widely becoming the default standard for corporate net-zero commitments.

It cannot, therefore, be claimed until long-term emissions reduction and removal objectives have been met. As such, consumers should be very wary of organisations claiming to already be net-zero today.

Sometimes net-zero claims are related to ambitions rather than claimed action. A company might say it’s working towards net-zero by a certain year, but it doesn’t hold much water without a detailed roadmap on how that target will be achieved.

So there is a valid need for net-zero as a concept, but a lack of rigour in how it is deployed. So, what does a credible net-zero message look like?

Language should be precise
Terms such as ‘carbon free’ and ‘carbon negative’ are instant red flags, as they have not been standardised and can mean different things in the vernacular of different organisations.

Targets should be comprehensive
Net-zero targets should include all company emissions: direct emissions (company-owned and controlled resources, such as fuels or heating sources), indirect emissions (from the consumption of purchased electricity, steam, heat and cooling), and those that result from its supply chain and the wider value chain (like manufacturing and use and disposal of products). In carbon accounting terminology, these are referred to as Scope 1, 2 and 3 emissions respectively.

If an organisation makes an absolute claim on a product or service, this needs to be supported by evidence, looking into its entire lifecycle – from production and manufacturing through to transport, use and disposal. Including just one or two aspects is not enough, or hiding relevant information is misleading. If they are claiming carbon neutrality, is this certified by a recognised international standard such as PAS 2060 for organisations or PAS 2050 for products?

Ambitious emissions reduction should always be priority
To be net-zero according to the new Standard means that companies need to reduce their value chain emissions by 90-95%. However, offsetting whilst on this reduction pathway can be a valuable means of mitigating climate change and financing sustainable development, taking responsibility for all emissions immediately.

The role they play should be presented clearly, and relevant information on the offsetting programme should be readily available, with detailed reporting on e.g., adherence to internationally recognised standards such as the Verified Carbon Standard (VCS) or Gold Standard, detail on the impact on the ground, and cover both environmental and social metrics.

How should consumers handle net-zero claims?

We are often told that consumer behaviour is a powerful driver of change, and that can be true. A McKinsey study found that upward of 70% of consumers would pay an extra five per cent for a green product, performance being equal. However, at the same time, it is both unproductive and unfair to expect consumers to be climate experts.

The best thing is to be alert to vague and fuzzy net-zero claims. Technical terms cannot always be avoided, but if messages are packed with jargon and no effort is being made to provide clear definitions or explanations, that can be a sign that something is being hidden or withheld.

Likewise, consumers cannot be expected to memorise and keep up with the various carbon reporting standards out there and align their purchasing decisions accordingly. But if a net-zero claim doesn’t make reference to any such standards, that is another warning sign.

It can also be possible for consumers to detect when the scope of a net-zero claim is too narrow. If a company claims to offset the manufacturing emissions of a product, that’s a clue that factors such as transportation or supply chain emissions aren’t being accounted for.

Consumers are ready to switch services and products if they can’t recognise their values in what they are buying. They are ultimately driving entire industries to change. However, the transition can only happen if we all act together.

To help consumers make fully informed decisions, organisations must communicate clearly, dropping jargon and using language their customers can understand. They need to be transparent about what they want to achieve and how they will get there, what choices are available to consumers and what results they should expect.

Civil society and other stakeholder groups are also ready to help consumers understand what does and does not count as a valid claim. NGOs, activists and regulators play a key role as monitors of climate action, increasingly scrutinising the environmental claims made about products and services.

Beyond negative campaigns or press, they are joining forces and taking legal action against companies that mislead the public by distorting the meaning of concepts like “net-zero” or “climate neutrality”.

In the era of misinformation, effectively communicating climate commitments and achievements is critical to advancing climate action. How organisations deliver their message can help consumers understand what net-zero is and what decarbonising our economy entails, leading to greater collective commitment to climate action through our everyday choices.

Stuart Lemmon is Managing Director for the net-zero practice at EcoAct, an Atos company