Is hydrogen the missing piece in green energy jigsaw puzzle? 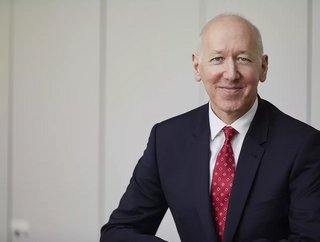 The UK Government has unveiled plans to lead a green industrial revolution to make Britain a world-leading hydrogen economy.

The country will invest more than £100 million in industries that produce and transport hydrogen, enabling the UK to commence world-leading hydrogen projects and unlock £4 billion investment by 2050.

Replacing fossil fuels with hydrogen is like completing a jigsaw puzzle. Once a few early pieces are connected, it will be much easier to fit the others.

To capitalise on opportunities and unlock private sector finance, the UK needs to move fast to avoid losing out to other countries. Today, the hydrogen market is tiny, and production is minimal, but the more projects we do, the more we will learn, which will drive down costs.

We have already taken the first step into small, innovative projects. Earlier this year, through our partnership with GeoPura, we made history by powering an episode of the BBC’s Winterwatch with a hydrogen power unit and energy-saving batteries.

Creating a new industry from scratch is no easy task. However, if we can get a few early hydrogen projects off the ground and create a supply chain, and only then start focusing on larger projects, there is an opportunity for Britain to become a world leader.

The Government is consulting on the design of a £240m Net Zero Hydrogen Fund, and we believe this money should be invested wisely in smaller projects. Whiskey, for example, is a luxury, premium product that is made today and typically sold 10 years later.

In a world where climate change action is becoming ever-more front and centre, bottling whisky using slightly more expensive hydrogen power today could more than pay off in the future. The TV and film industry is another sector that is interested in becoming green and could pay a little more than it does for diesel to use a hydrogen power supply.

The UK is in an excellent position to win the global hydrogen race. The North Sea is the perfect place to bury carbon dioxide for blue hydrogen permanently. Sea and wind are also key for making competitively priced green renewable energy in abundance.

It is inspiring to be part of a legacy that will last for generations to come. We have a responsibility to get it right.