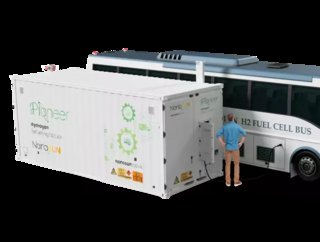 HydrogenOne Capital Growth has made a private equity investment of £9.05m in NanoSUN, a supplier of mobile hydrogen storage and refuelling systems.

HydrogenOne’s investment in NanoSUN forms part of a £12 million fundraising  round, introducing other new investors including strategic investor Westfalen Group, of Germany. With this minority equity stake, HydrogenOne has the right to a board seat at NanoSUN.

The Pioneer units are filled with hydrogen at  source, and transported to customer sites, where they provide storage and refuelling  facilities, all in a single, re-fillable system. The result is more flexible and lowers structural costs by some 60% than traditional systems, by combining distribution and dispensing equipment into a single unit.

NanoSUN has identified substantial demand for the Pioneer product, and intends to  use the proceeds of this fund raise to increase its manufacturing capacity and, at the same time, continue to develop larger units.

Simon Hogan, chairman of HydrogenOne, said the stake purchase supports its strategy of investing in companies central to the growth of clean hydrogen production. "NanoSUN’s refuelling equipment is set to be integral in the downstream hydrogen sector, and  HydrogenOne believes that NanoSUN will be a leader in this field. We look forward to working with NanoSUN’s management team to make the most of its significant  potential.”

Graham Hodgson, NanoSUN’s Founder and Chairman said the Pioneer’s ability to facilitate the quick introduction of hydrogen vehicle fleets will enable the transport industry to get to a clean, green future fast, with just one hydrogen bus saving roughly one tonne of CO2 emissions every week.

"This fundraise is all about scaling NanoSUN so we can help our customers to accelerate the roll out of thousands of fleets of hydrogen buses, trucks, vans and forklifts over the coming years," he said.

Marc Wessling, start-up manager of the Westfalen Group, said NanoSUN offers the "perfect answers" to the important questions of the hydrogen-based mobility  revolution. "We are very pleased that we were able to form a strategic alliance with  this partnership and we are looking forward to offering and establishing mobile  hydrogen filling stations, together with NanoSUN.”