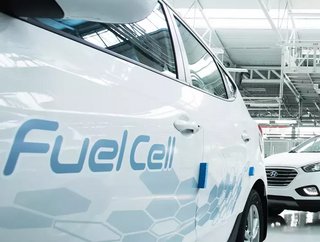 As an alternative solution to the conventional lithium-ion battery, hydrogen fuel cells are more widely desired and produced as renewable, zero-emission power sources. Hyundai Mobis recently announced its role in developing hydrogen fuel cell production in Korea, as well as a solution to decarbonising the heavy-duty vehicle industry.

Hyundai Mobis—a subsidiary of Hyundai Motor Group has injected a large investment into the development of hydrogen fuel cells. Its US$1.1bn investment will go towards two major facilities in Incheon—west of Seoul—and Ulsan, as its aims for mass production to begin in 2023.

Despite the coronavirus pandemic putting immense pressure on resources and the safety of the workforce, the company says it is still on track to begin production of around 100,000 hydrogen fuel cells per year, once the factories are fully operational.

‘Despite uncertainties including COVID-19, we have decided to make this large-scale investment to secure the market-leading competitiveness in the global fuel cell industry. We will continue to invest more in facilities and strengthen our R&D capability for the development of the hydrogen industry and expand the ecosystem’, says Sung Hwan Cho, President and Chief Executive Officer of Hyundai Mobis.

The venture will diversify the companies portfolio, but will also support its expansion of electric vehicle (EV) production and scale its enterprise to further markets, such as the construction machinery and logistics equipment sectors.

A stake in other sustainable developments

Hyundai is already working with some large organisations to standardise hydrogen-fueling, including Air Liquide, Nel Hydrogen, Nikola Corporation, Shell, Toyota, as part of The Hydrogen Heavy Duty Vehicle Industry Group—formed in 2019 to address hydron-refuelling speeds in heavy machinery for operational applications. The group has signed agreements with Tastsuno Corporation and Transfer Oil S.p.A to set the global standard for 70MPa high-flow refuelling.

Tatsuno and Transfer Oil are involved in developing new technologies for this. Tatsuno is responsible for designing vehicle receptacles, dispenser nozzles and breakaway components, while Transfer Oil focuses on the delivery through reinforcement thermoplastic hoses. The testing of this system will take place in the last quarter of 2021 and the results from its performance and safety testing will be made available in early 2022.

‘This innovative fueling technology will be an essential part of our hydrogen infrastructure development strategy, making hydrogen available to Nikola heavy-duty FCEV customers and the industry at large’, says Nikola President, Energy and Commercial Pablo Koziner.

Justin Ward, Group Manager of Toyota’s Fuel Cell Development Department, says, ‘This effort is a prime example of industry competitors working together towards a common goal of decarbonization. Toyota is proud to be a member of this group and of the vision we share for a future where diesel trucks are replaced with zero-emission hydrogen fuel cell electric technology’.