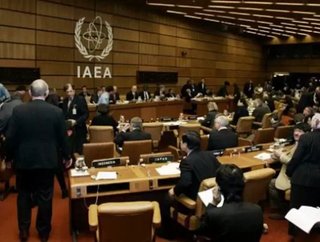 The Fukushima nuclear disaster has put the nuclear energy sector on edge. Some countries, like Germany and Switzerland, have gone so far as to shut dow...

The Fukushima nuclear disaster has put the nuclear energy sector on edge.  Some countries, like Germany and Switzerland, have gone so far as to shut down their nuclear power plants, and civil society around the world is making its voice heard in regard to the safety of the power source.  The International Atomic Energy Agency (IAEA)—the intergovernmental organization responsible for governing nuclear energy activity across borders, has concluded its five-day nuclear safety conference.  The outcome reveals that the agency will seek reforms to ramp up safety measures.

The conference, held at the IAEA’s headquarters in Vienna, was headed by the agency’s President, Ambassador Antonio Guerreiro of Brazil.  Speakers included IAEA Dirctor General Yukiya Amano and Secretary General of the United Nations Ban Ki-moon.

The conference laid out five proposals aimed at increasing nuclear safety around the world. These five proposals were: to strengthen nuclear Safety Standards; to systematically review the safety of all nuclear power plants, including expanding the IAEA's programme of expert peer reviews; to enhance the effectiveness of national nuclear regulatory bodies and ensure their independence; to strengthen the global emergency preparedness and response system; and to expand the Agency's role in receiving and disseminating information.

IAEA Director General Yukiya Amano stated that the conference, "achieved its main goal, which was to pave the way for an enhanced post-Fukushima global nuclear safety framework."

According to Amano, the agency’s member states have expressed widespread support for improving nuclear safety standards, and the new proposals will be drafted into an Action Plan to be submitted to the IAEA Board of Governors and General Conference in September.