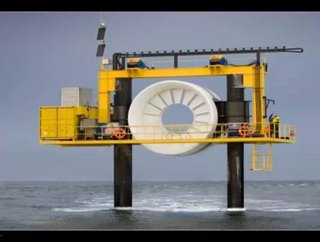 IBM Research announced a project today to investigate the effects of wave energy devices on marine life in Ireland, host to one of the largest concentr...

IBM Research announced a project today to investigate the effects of wave energy devices on marine life in Ireland, host to one of the largest concentrations of wave energy in the world. With the demand for renewable energy resources particularly high in Ireland, the research is critical in determining the scope of wave energy potential.

“In 2010, Ireland imported approximately 86 percent of its energy, the vast majority of which was fossil fuels, and the European Renewable Directive has set a target for Ireland to source 16 percent of its energy from renewable resources by 2020,” according to Katharine Frase, IBM's vice president of Industries Research.

The major concern is the sound pollution produced by turbines and its effects on marine life, dependent on sound to communicate and navigate. Disrupting that could potentially devastate some species. Since there is currently little understanding or exploration of wave energy effects on sea life, researchers at IBM and the Sustainable Energy Authority Ireland (SEAI) are working together to analyze underwater device noise.

The project is the first of its kind and is expected to produce one of the largest continuous collections of underwater acoustic data ever captured. Researchers are hopeful that they will be able to develop a platform to monitor ocean energy that can be tied in with smart-grid technologies.

Europe, especially in the UK and Ireland, is leading the way in terms of wave and tidal power technology. IBM Research's project in Ireland will help assess the value of the renewable energy for the US, taking risk out of investments until the technology is further advanced.

"Underwater noise is a global environmental issue that has to be addressed if we are to take advantage of the huge potential of ocean energy," said European Union Commissioner for Research, Innovation and Science Maire Geoghegan-Quinn. "This project is a great example of collaboration among global companies, industry experts and government agencies, and will help us make real progress toward practical and sustainable ocean energy systems.”