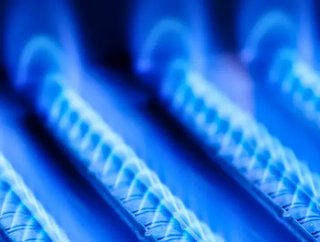 IEA discuss its roadmap to net-zero by 2050, and we look at some of the key steps to take to ban fossil fuels, including concerns around some methods

Following the release of the ‘Net-Zero by 2050’ roadmap, the International Energy Agency has spoken about some of the key plans for the report. In an effort to tackle the climate crisis, the IEA has set out its 400 step plan for the global energy sector. The sale of all new oil and gas boilers will cease by 2025, and the sale of new petrol and diesel cars is set to end by 2035.

The IEA has highlighted the energy sector as the source of 75% of greenhouse gases. Global energy production and usage is a critical issue to be discussed at the United Nations Climate Change Conference, which will be held in Glasgow, United Kingdom, this year. Crucial discussions will take place at the conference on how best to implement the Paris climate agreement, and the report is an excellent contribution to COP26.

The report also explains how gas emissions will need to be reduced by 50% by 2030 and reach net-zero by 2050. As the global economy is set to double by 2050, with a population increase of two billion, the demand for energy is to reduce by 8%. It is safe to say that coal, oil and gas will become things of the past.

Key Steps in the Net-Zero Plan

This roadmap does not come without its challenges and will most certainly impact consumers globally. The IEA expects that in four years, there will be no more fossil fuel boilers sold unless they are compatible with hydrogen. Home heating is one of the major sources of emissions, contributing to 20% of CO2 in the UK and the US.

Maria Pastukhova, from the E3G environmental think tank, says infrastructure will be a big development to implement the IEA roadmap, "The building sector is maybe one of the toughest ones because aside from the emphasis that the IEA has put on efficient buildings, all the old existing infrastructure has to be retrofitted. And that's a particular challenge for governments."

The plan will require exponential growth in the use of renewable energy, particularly that of wind and solar power. To meet the net-zero target, it will require four times more installations of these energy sources across the globe.

Although this is a very big task to carry out over the next few decades, the IEA predicts that 14 million jobs will be created as a result of US$5tn investment in the energy sector. "The scale and speed of the efforts demanded by this critical and formidable goal - our best chance of tackling climate change and limiting global warming to 1.5C - make this perhaps the greatest challenge humankind has ever faced," said Fatih Birol, the IEA Executive Director.

Hannah Mowat from Fern, a Brussels-based NGO campaigning to protect forests and people, has expressed concerns about the use of some alternative energy sources, which involve the use of trees, crops and plants to create electricity.

"Burning forests for energy is the latest in a parade of false climate solutions," she explains. The plans set out in the IEA report include an increase of around 60% of plant bioenergy sources, which will occupy 25% more land to contribute to the roadmap.

"Sadly, the IEA has bought into it by proposing wholly unrealistic levels of bioenergy, which will damage forests the world over and worsen climate change. Instead of burning trees for energy, we should focus on cutting fossil fuel use, maximising energy efficiency and increasing renewables such as solar, wind, heat pumps and geothermal."

There have also been concerns among environmentalists regarding the use of technologies for carbon capture, utilisation and storage (CCUS), which are unproven to be successful at present.