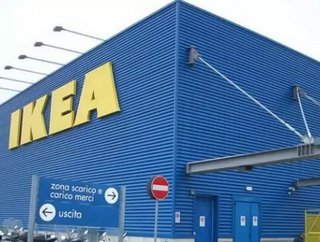 This week, IKEA announced plans to incorporate solar power at every single one of its stores in the Southern US. Collectively, the stores and distrib...

This week, IKEA announced plans to incorporate solar power at every single one of its stores in the Southern US. Collectively, the stores and distributions centers will account for 10.7 megawatts of solar generating capacity.

Reinforcing the company's long term commitment to sustainability, IKEA will own and operate each of its PV systems to top the buildings across the 'Sunbelt' states of Texas, Florida, Georgia, North Carolina and Virginia.

"Part of the reason for our doing this is that it is good business sense to reduce electricity consumption, reduce energy costs and decrease operating costs,” Spokesman Joseph Roth told GreenBiz. But the strategy is also part of the company's “Swedish culture of controlling and being responsible for your own destiny,” he added.

In 2006, the company announced its long term goal of having all of its buildings eventually run solely on renewable energy. According to IKEA's last sustainability report, reaching those goals are being developed on a country by country basis this fiscal year, including some 150 buildings around the world.

After the permitting process, the solar projects are expected to commence this winter and be completed by summer. Other areas to receive solar energy systems will include Utah, Connecticut and Oregon next spring, which will bring the total number of IKEA locations with rooftop PV systems to 23.

Additionally, IKEA has installed EV charging stations at nine stores in the US through a partnership with ECOtality. By the end of next year, the project is expected to make about 30 Blink EV chargers available at those locations.

Going one step further, the company is also investing some $77 million on research and development to extend solar panels and green products to its customers over the next five years.

IKEA has already started to sell its own prefab houses, equipped with solar and geothermal energy and built out of renewable materials, but will incorporate these new PV developments into its future homes.

As the prices of solar panel materials have rapidly dropped in the last year, IKEA's announcements are a sign of the market's new potential--solar is finally becoming a commercial reality.