Alongside billboard and digital advertising, INEOS will run a hydrogen innovation bus tour and a hydrogen-powered car will be on show in Glasgow at COP26

Alongside billboard and digital advertising is a 'hydrogen innovation bus tour' and a hydrogen-powered car will be exhibited in Glasgow at COP26.

INEOS says it has "doubled down" on more than €2 billion investment in green hydrogen with the launch of the campaign.

"You can heat your home with it. You can drive your car on it. Burn it and all it produces is energy and the only by product is water," he said. "We can all live with that. The world has committed to hugely reducing its carbon emissions and hydrogen is unquestionably going to play a large part in accomplishing this goal.”

INEOS Automotive is also exploring new opportunities in the hydrogen economy, with a hydrogen fuel cell demonstrator of its Grenadier 4x4 now in development.

INEOS, through its subsidiary INOVYN, is Europe’s largest existing operator of electrolysis, the critical technology which uses renewable energy to produce hydrogen for power generation, transportation & industrial use.

INOVYN and Wrightbus have today signed an MoU to increase the use of hydrogen across heavy-duty fleets in the UK, such as buses, construction vehicles and trucks.

Geir Tuft, CEO of INOVYN, said: “The agreement between INOVYN and Wrightbus presents our companies with opportunities to expand the use of low carbon Hydrogen. By working together, I believe we can help drive forward the everyday use of hydrogen in heavy use transport fleets across the UK."

INEOS already produces and uses 400,000 tonnes of low carbon hydrogen every year, the equivalent of replacing up to 2 billion litres of diesel.

“Hyundai, BMW and Mercedes have many demonstration hydrogen engines happily driving around," added Ratcliffe. "We will have a hydrogen INEOS Grenadier on test next year (alongside an electric version). This piece of the jigsaw is the most advanced.”

The company’s INEOS Automotive division is backing hydrogen fuel cells as the clean  powertrain solution for future versions of its upcoming 4X4 vehicle. Thanks to a partnership  agreement signed in November 2020, the Grenadier hydrogen fuel cell concept will use fuel  cell technology from Hyundai Motor Company, with testing to begin by the end of 2022.

In the longer term, hydrogen’s other massive contribution to the reduction of greenhouse  gases will be in the home heating space where natural gas can be replaced by hydrogen  which could cut greenhouses gases by up to a third on its own. It is building a 20MW green hydrogen electrolyser in Rafnes, Norway.

Wherever possible, INEOS will continue to prioritise the production of green hydrogen which  is made from water using electrolysis powered by renewable energy, but it is also investing in  the production of blue hydrogen when the carbon produced can be safely captured and  stored underground.

"The German government is well advanced with nine billion Euros committed and over 200 filling stations operational. The UK Government has yet to get out of the blocks but hopefully soon will. The UK has only a  handful of hydrogen pumps today.”

Rolls-Royce is further developing its mtu gas engine portfolio for power generation and cogeneration to run on hydrogen as a fuel and thus enable a climate-neutral energy supply. Already today, gensets powered by mtu Series 500 and Series 4000 gas engines can be operated with a gas blending of 10 percent hydrogen. Beginning in 2022, operation with a hydrogen content of 25% will be possible.

The California Air Resources Board recently released an analysis of the California hydrogen fueling network for passenger cars and found that, with the right funding, the network could be self-sufficient by 2030. The report, Hydrogen Station Network Self Sufficiency Analysis, finds that hydrogen fuelling network self-sufficiency can likely be achieved within the decade with additional State support beyond AB 8.

Signed into law in 2013, Assembly Bill 8 funded at least 100 hydrogen stations serving passenger vehicles. Because of decreasing station costs, and changes to the Low Carbon Fuel Standard, more than 170 hydrogen stations have been funded.

The US DOE recently announced nearly $8 million in funding for nine cooperative projects, one of which will include participation by GKN Hydrogen.

Dover has completed the acquisition of LIQAL, a turnkey supplier of LNG and hydrogen refuelling equipment and solutions, and micro liquefaction solutions. 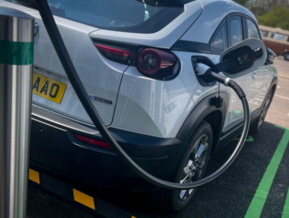 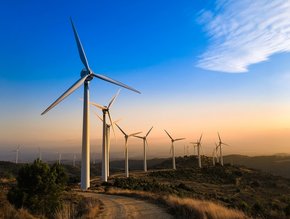 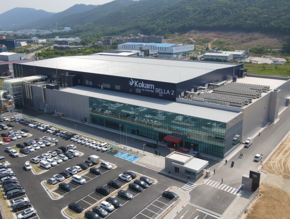