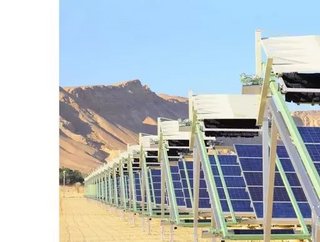 Project is now reaching advanced stages and scheduled to go live in Q1 2021...

Ecoppia reports the project, signed in October and now reaching the advanced stages, is scheduled to go live early Q1 2021.

Despite the global pandemic, the Israeli firm has secured new projects for more than 10GW in the last four quarters. Ecoppia recently launched an IPO on the Tel Aviv Stock Exchange (TASE), securing $82.5 million from leading institutional investors and providing a company valuation of $300 million.

It adds that without any physical presence, the firm has enabled its clients across the globe to keep at an optimal level of production, while avoiding soiling losses or potential damage, delivering operation continuity, even during complete lockdown.

“COVID-19 made it even clearer that full automation and advanced technologies are crucial in maintaining an optimal solar production. Over the last seven years, Ecoppia has been a vital pillar of the solar revolution, leading the shift in the way large-scale solar sites are managed and operated, as a key for reducing LCOE,” the statement asserts.

Jean Scemama, CEO of Ecoppia, adds that the significant deployment of robotic solutions for the Azure project is important for the firm as it allow it to deepen its market share in India, while also expanding its global reach, with projects in North and Latin America, as well as the Middle East.

“We are thrilled to be working with such a company that sets high targets both in terms of volume and quality,” says Scemama. “We see this long-term partnership as one of the growing signs that the solar industry is revolutionizing towards automated O&M. Ecoppia takes great pride in being at the forefront of this revolution, supporting the green recovery of the post COVID-19 era” he adds.

Azure Power is a leading independent solar power producer, with a pan-Indian portfolio of 7.1GW as of 30 June 2020. Of that 7.1GW, 1.8GW is operational, while 1.3GW is under construction, and 4.0GW have received a Letter of Award, but PPAs have yet to be signed, the company says.

Azure is part of a growing list of leading energy companies that realise the need for automated solutions and management, the statement adds. While tariffs become lower, the solar industry understands just how crucial efficient O&M can be to remain profitable, the statement from Ecoppia adds.

With a steadily released project pipeline, Azure Power needs a robust solution that can cope with the mass while maintaining an optimal performance, creating clean-green energy production, the statement concludes.