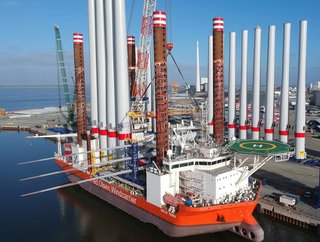 Lamprell, the provider of services to the international energy sector, has announced that it has signed a ‘very large contract’ for various works on the Moray West offshore windfarm project in Scotland.

In a disclosure on the London Stock Exchange, the UAE-based energy services provider and oil rig builder, said that it had signed a reservation agreement for the project earlier this year. The LSE-listed firm added that the scope of work includes the construction of 60 wind turbine generator transition pieces, and two transition pieces for Moray West’s two offshore substations.

In addition, the contract will cover the shipping of the transition pieces to a marshalling harbour in the UK, it said.

In order to complete these works, the group will make use of a state-of-the-art renewables production line. The statement added that this is currently under construction and that it will enable the company to be able to construct jacket components, transition pieces and monopiles for this and future renewables projects.

While Lamprell did not disclose the exact value of the contract, as per its definition of contract values, a ‘very large contract’ would be worth more than US$200m.

Known for building complex offshore and onshore process modules and platforms, fabricating and refurbishing jack-up rigs and liftboats, Lamprell employs more than 5,000 people across multiple facilities, with its primary facilities located in Hamriyah, Sharjah. It also has facilities in Saudi Arabia through a joint venture agreement.

Moray West is a new offshore windfarm, which will be comprised of 60 turbines in the outer Moray Firth. Once constructed, the project will provide a secure, reliable source of energy for the equivalent of up to 640,000 homes. It aims to be fully operational in 2024/25 and is being developed by Ocean Winds, a 50-50 joint venture between EDP Renewables (EDPR) and ENGIE.