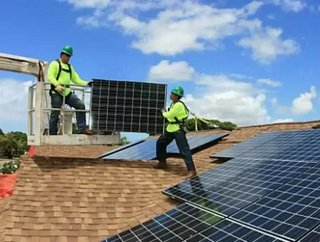 Without any government subsidies or loans guarantees, SolarCity and Bank of America Merrill Lynch have announced a project that will more than double...

Without any government subsidies or loans guarantees, SolarCity and Bank of America Merrill Lynch have announced a project that will more than double the total residential solar installations in the US—the largest residential solar project in US history.

Over the next fiver years, SolarCity will work with SolarStrong to build over $1 billion in solar power projects for privatized US military housing communities across the country. Partnering with the country's leading privatized military housing developers to install, own and operate rooftop solar installations, SolarCity plans to provide solar electricity at a lower cost than utility power.

“This project demonstrates the long term viability of large-scale, distributed solar generation,” said Jonathan Plowe, head of New Energy and Infrastructure Solutions at BofA Merrill in a press release. “We are excited to see the project through with SolarCity and extend our expertise and financing capabilities to propel residential solar to the next level.”

The company expects to create up to 300 megawatts of solar generation capacity that could power as many as 120,000 military housing units. Additionally, thousands of jobs will be created, many of which will go to US veterans and military family members. Since the recession began in December of 2007, SolarCity has already added over 1,200 new, full-time workers.

With these new projects, the Department of Defense, the largest energy consumer in the country, will be able to secure more energy needs from renewable sources, while military housing developers save money on energy costs.

"This is a groundbreaking transaction that represents a key milestone for the U.S. solar industry," said Tim Newell, managing director for USRG Renewable Finance. "We’re proud to be part of this project that will invest in military communities across the United States.”