Largest US renewable energy project up and running 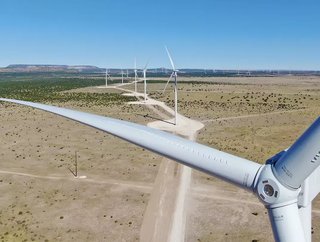 A major renewable energy project - billed as the largest in American history - is now up and running in central New Mexico.

Western Spirit Wind is a groundbreaking megaproject that demonstrates large-scale renewables can be developed and built in the US, said Mike Garland, CEO of Pattern Energy.

"The collaboration of our teams of workers around the state shows what can be achieved – building the largest single-phase wind project in US history in less than one year – a truly remarkable achievement. This is just the beginning for New Mexico – Pattern Energy has committed to $6 billion in upcoming wind energy and related infrastructure projects in the state over the next decade. Together, we are building a cleaner and more sustainable future in New Mexico."

The four wind power facilities utilise a total of 377 GE wind turbines ranging from 2.3 to 2.8 MW. The GE turbines utilise various tower heights to optimise the wind capture at each facility.

Western Spirit Wind was developed by Pattern Energy and Blattner Energy served as the construction contractor.

The wind project and accompanying transmission line involved more than 1,100 workers on-site during the 15-month construction period, including heavy equipment operators, electricians, laborers, and others. Going forward, more than 50 workers will operate and maintain the Western Spirit Wind facilities in New Mexico.

Western Spirit Wind will have far-reaching economic benefits for the local area and is projected to provide an estimated $3 million per year for the three counties and two school districts in the project area. Stable, long-term funding directly contributes to improved quality of education, services, roads and first responder capabilities for the entire community.

The wind power generated by Western Spirit Wind has a complementary generation profile to solar and typically delivers power around the clock. The power will provide resource diversification to western energy markets to help meet customer demand during the crucial early evening hours when demand is high but otherwise available renewable energy supply is typically low.